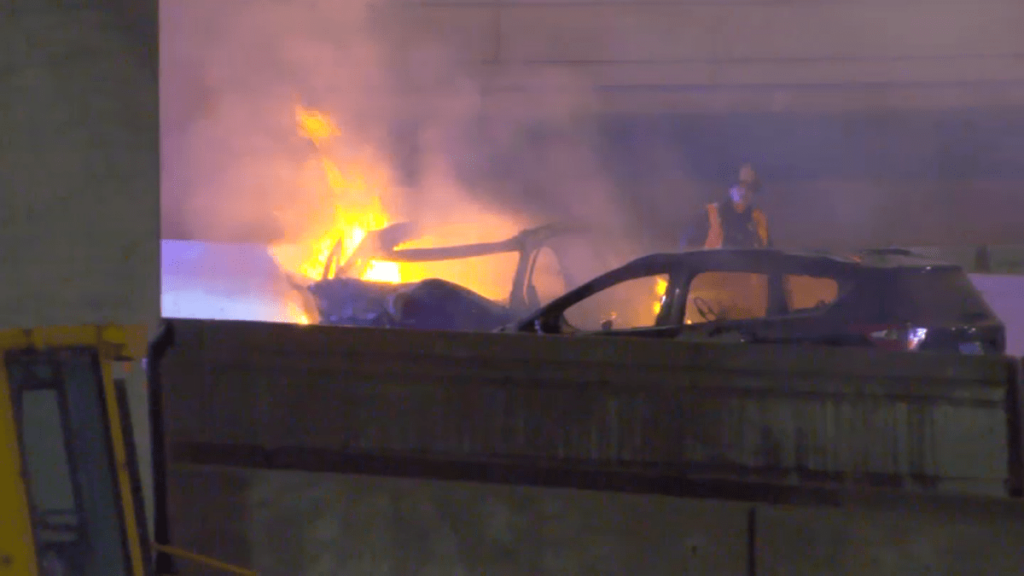 Three people were killed in one crash involving three vehicles around 1:45 a.m. on the inbound lanes of I-290 near Halsted Street.

One vehicle was traveling westbound on an eastbound ramp when it hit another vehicle, which when hit a third vehicle. Two of the cars became engulfed in flames.

Two people were taken in serious-to-critical condition to Stroger Hospital, according to ABC7 Chicago. Two other refused medical treatment at the scene.

Illinois State Police said that two other people were killed in a separate wrong-way crash on I-290. The crash occurred around 1:15 a.m. at Des Plaines Avenue in west suburban Forest Park.

The drivers of both vehicles were pronounced dead at the scene. A passenger in one of the vehicles was transported to a local hospital with non-life-threatening injuries.

Authorities have not released the identities of victims. Officials announced there will be an ongoing investigation into both crashes.