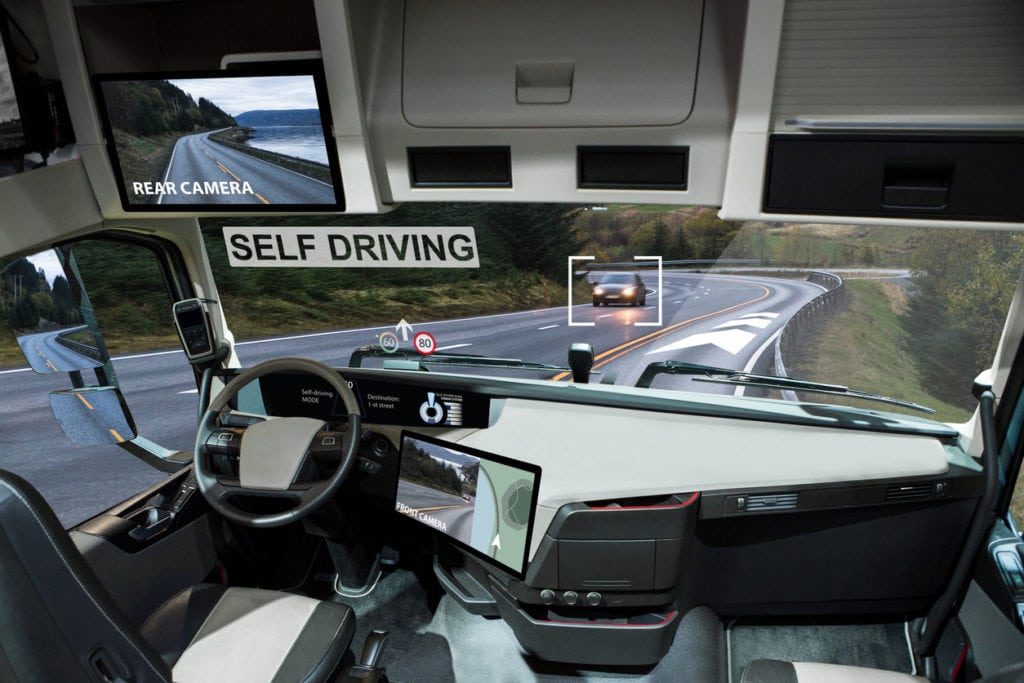 With more and more accidents occurring involving semi-trucks and other commercial vehicles, the demand for autonomous trucks has grown. In 2015, 415,000 crashes were reported to police involving large trucks and 3,598 of those were fatal, according to the Federal Motor Carrier Safety Administration. While many fear that these vehicles could result in many truckers being put out of a job, the overall goal is to help reduce truck collisions from transpiring which in turn will decrease the number of deaths and injuries we read about.

Just a few days ago, ABC 7 reported that a semi-truck driver lost control of his vehicle and slammed into a gas station in north suburban Elk Grove Village, which is just a little over an hour away from Chicago. The crash occurred near Rohlwing Road and Devon Avenue just before 6:00 a.m. Apparently, the truck driver and the operator of a Volkswagen were “confused over a yellow light” and crashed at the intersection. The semi was unable to stop which resulted in it careening into a Marathon gas station, taking out a fuel pump along with a parked vehicle that belonged to the store clerk.

When Elk Grove Village fire Chief Richard Michael arrived on the scene, he said that the truck “took the motor right out of the car. “Luckily, the driver of the Volkswagen walked away from the crash a little shaken up and with just a few scratches, however, the accident could have been much worse.

So, with all the close-call accidents along with the fatal ones that are responsible for taking the lives of innocent individuals, the real question is, how will autonomous commercial vehicles contribute to making our roadways safer? With any new technological development, there are both pros and cons that come along with it. As Chicago truck accident lawyers, we are often seeing situations similar to what happened in Elk Grove. While in the Elk Grove accident no one was seriously injured, here’s a pros-and-cons-list on how autonomous trucks would work on the roadway.

While more and more companies continue to hop on the autonomous bandwagon, we will likely hear more about the development and/or modifications being made as they work to perfect these vehicles so they can begin occupying our roads.

However, while it may appear that change is coming, this doesn’t mean truck accidents won’t still be occurring in Chicago and other cities across the nation. If you happen to be the victim of one of these unfortunate accidents, don’t hesitate to contact Chicago truck accident lawyer Yao O. Dinizulu at Dinizulu Law Group, Ltd. Our firm strives to help injured clients recover compensation for their pain and suffering as they work toward getting their life back.

You can always reach the Dinizulu Law Group, Ltd at: