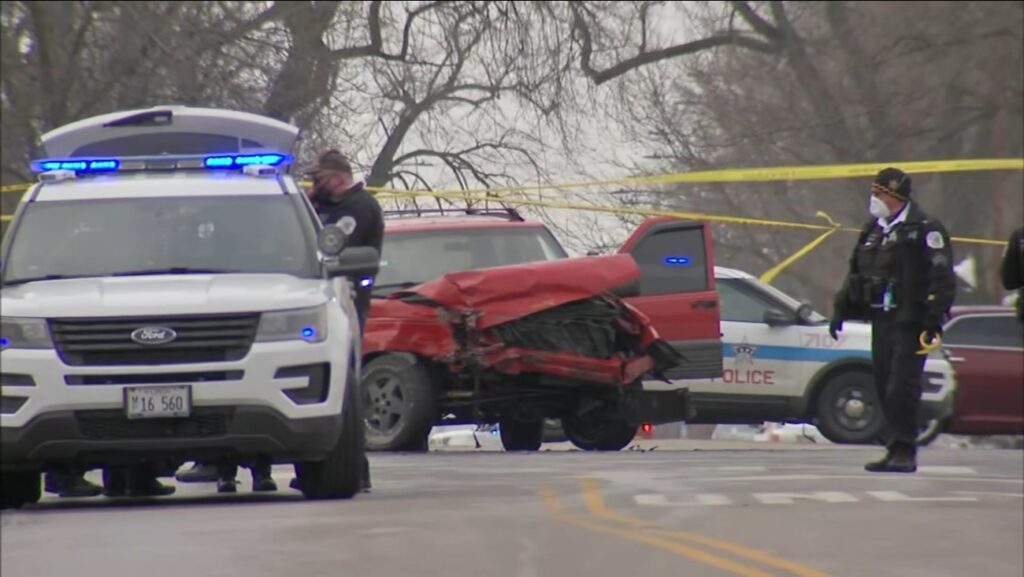 CHICAGO, IL – A woman died Monday after a fatal hit-and-run crash that also injured three adults in Englewood, a neighborhood in Chicago’s South Side.

According to ABC News, police arrested the two suspects, one of which was armed, in connection to the incident that unfolded shortly before noon on the 7400-block of South Racine Avenue. The suspects were traveling southbound in an SUV on Racine Avenue when it drove through a red light, striking a Jeep in the intersection. The SUV lost control and hit a 43-year-old-woman. She died later at a hospital.

The woman has been identified to the Cook County Medical Examiner’s Office as Lakisha Thomas. Police initially said the victim was 18-years-old.

Three adults in the Jeep had minor injuries and were sent to St. Bernard Hospital and Holy Cross Hospital, according to police.

The two male suspects were arrested after attempting to flee the scene of the crash. No charges have been filed.