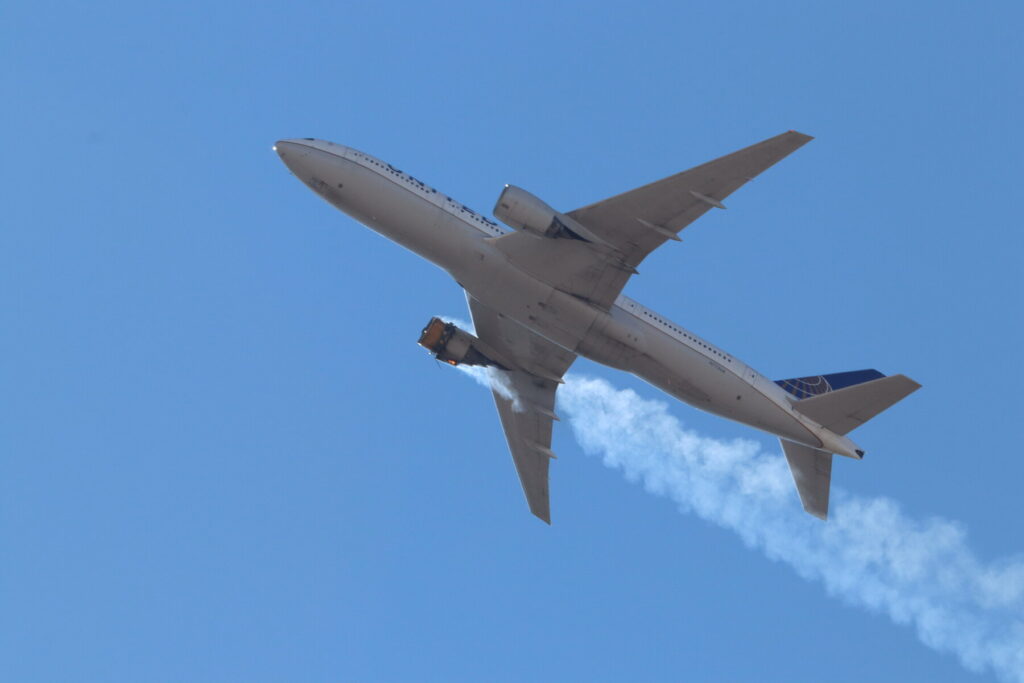 CHICAGO, IL – United Airlines Flight 328 rained debris on the Denver, CO area last week when its right engine failed over Broomfield. En route to Honolulu carrying 229 passengers and 10 crew members, videos of the incident showed the engine ablaze, filling the sky with black smoke, missing most of its nacelle and its cowling. Although there were no injuries or fatalities, the Federal Aviation Administration is calling for all Boeing 777 that are equipped with one engine to be inspected.

FAA administrator Steve Dickson said, “based on the initial information, we concluded the inspection interval should be stepped up for the hollow fan blades that are unique to this model of engine, used solely on Boeing 777 airplanes.”

A Boeing 777-200 powered by Pratt & Whitney 4077 engines was the type of aircraft involved in Saturday’s engine failure.

Boeing said in a statement that it is “actively monitoring recent events related to United Airlines Flight 328,” while an investigation by the National Transportation Safety Board (NTSB) is underway. NTSB recommends “suspending operations of the 69 in-service and 59 in-storage 777s powered by Pratt & Whitney 4000-112 engines until the FAA identifies the appropriate inspection protocol.”

Investigators mentioned that the inlet, a duct which is required to ensure smooth airflow to the engine, and a cowling, the removable metal covering that houses the engine, were separated from the engine. Two fan blades were also fractured while the remainder of the blades exhibited damage to their tips and leading edges.

According to the most recent data, airlines in three countries operate airplanes with the affected engines: the United States, Japan, and South Korea. United Airlines, the only U.S. operator with this type of engine in its fleet, said they would ground planes immediately.

“We are working with these regulators as they take actions while these planes are on the ground and further inspections are conducted by Pratt & Whitney,” Boeing added. “Updates will be provided as more information becomes available.”