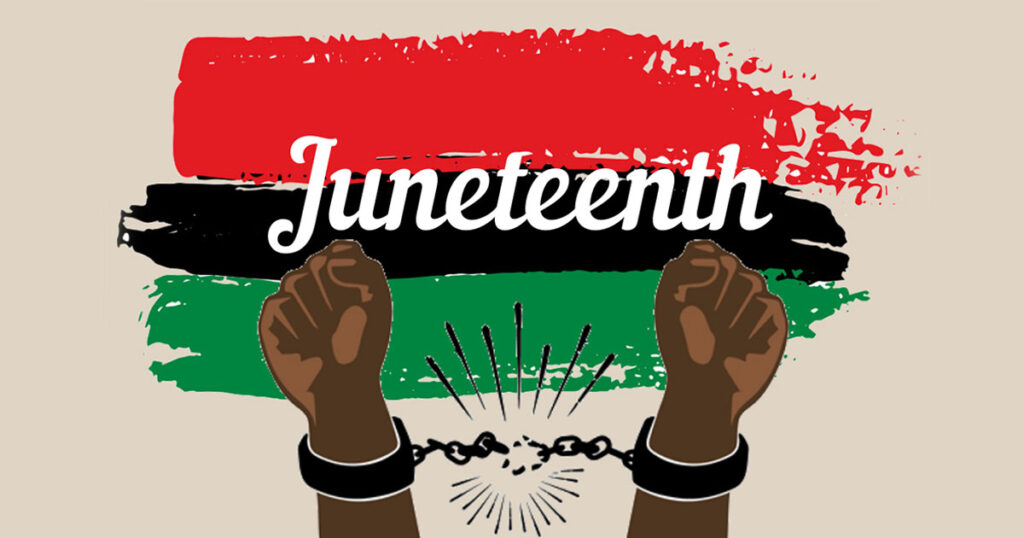 CHICAGO, IL – Juneteenth is a day to commemorate the emancipation of enslaved people in the United States. Back in 1865, it was on June 19  that Union soldiers landed in Galveston, Texas, led by Major General Gordon Granger, with news that the war was over and enslaved people were free. President Abraham Lincoln put the Emancipation Proclamation into effect on January 1, 1863 – two and a half years earlier. The reality was enslaved people were instantly free because it only applied to places under Confederate control.

Juneteenth honors the end of slavery and is considered to be the longest-running African American holiday. On June 17, 2021, President Biden declared Juneteenth a federal holiday after nationwide protests following the police killings of Black Americans including Breonna Taylor and George Floyd.

Juneteenth celebrations are continuously on the rise in the United States, specifically over the last few years. With this years holiday coming up just a month after a gunman opened fire in Buffalo killing 10 Black people – one of the deadliest racist massacres in recent U.S. history – celebrations may resonate in new ways.

Early celebrations of Juneteenth included prayer and family gatherings. In 1872, a group of African American ministers and businessmen purchased 10 acres of land and created Emancipation Park which was intended to hold the city’s annual celebration.

Many people still celebrate with their families in their backyard where African American food is an integral element of the celebration. In bigger cities like New York City or Atlanta, festivals and parades are held with residents, local businesses, and more.

This year in Galveston, TX, the city will celebrate Juneteenth with a banquet, parade, picnic, and poetry festival. Check out Juneteenth celebrations in cities like Chicago, The Twin Cities, New York City, Atlanta, and more.

Following the recent killings of George Floyd, an innocent Black man who died at the hands of the Minneapolis Police Department, thousands of people across the country fled the streets to protest. Shortly after, Breonna Taylor, an innocent Black women shot and killed by Louisville police officers during a botched raid on her apartment. Ahmaud Arbery, a 25-year-old Black man that was murdered during a racially motivated hate crime while jogging in a neighborhood. David McAtee, a 53-year-old Black man shot by the Kentucky Army National Guard during a protest following the murder of George Floyd and Breonna Taylor. These names and others have become rallying cries for change which effectively re-energized the Black Lives Matter movement.

When Derek Chauvin was charged in April 2021 and found guilty of two counts of murder in the death of George Floyd, many city residents say that genuine change has been slow – even two years later.

Juneteenth is a day to celebrate how far the Black community has come and the future ahead fighting for equality.