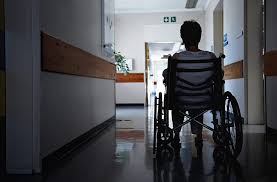 CHICAGO, IL – America’s health care debt crisis is only getting worse, especially for those who have loved ones living in a nursing home facility. Nursing homes are now going after the relatives and friends of residents who don’t pay their bills.

NPR and Kaiser Health News dug into court records in Rochester, N.Y., and found that children, grandchildren, friends, neighbors and other family members have been sued – some upwards of $10,000. There were nearly 240 debt collection cases filed by nursing homes in and around the Rochester area between 2018 and 2021.

Federal law prohibits nursing homes from making relatives sign an admission agreement; however, the reality is that they do get asked to sign it.

Importance of Not Signing a Nursing Home Admission Agreement

Some people sign admission agreements without realizing what they’re agreeing to and can ultimately end them facing a lot of trouble. Agreements can contain illegal or misleading provisions.

If you have signed an admission agreement and your loved one isn’t paying their bills, you could be accused of breaching a contract. It’s critical that you do not agree to be the “responsible party” so you are not responsible for the residents unpaid bills.

Ensure that you’re reviewing the admission agreement for terms like “responsible party,” “guarantor,” “financial agent,” or something similar. If possible, you’re loved one should fill out the paperwork themselves.

A majority of nursing home admission agreements contain a provision that states all disputes regarding the resident’s car will be decided through arbitration. Arbitration is the process in which two parties attempt to settle a dispute by making a decision they both agree to. By signing an admission agreement that contains arbitration provisions, you are waiving your right to go to court to resolve the issue.

Since a nursing home can’t force you to sign an arbitration provision, it’s best not to. It will save you time and money in bills, fees and potentially court.