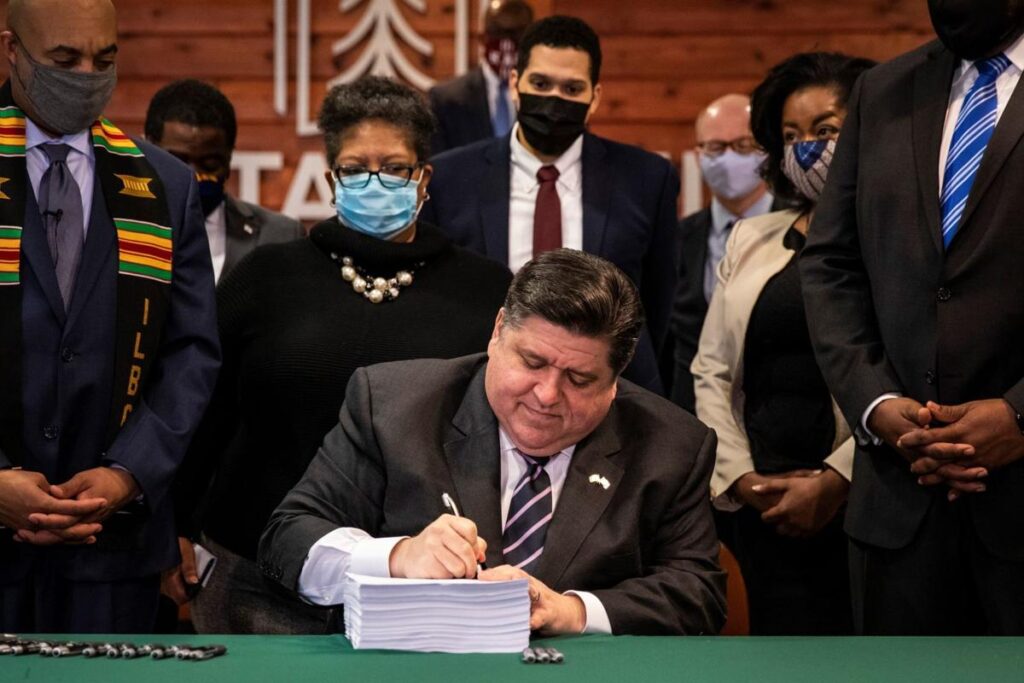 A key component of House Bill 3653 is the elimination of cash bail by 2023. Supporters of the package say it unfairly incarcerates those awaiting trial because they can’t afford bail, while the wealthy have the ability to bond out.

However, critics are concerned the way the bill is written could put dangerous criminals back into communities by limiting judges’ discretion on detaining them; however, judges will make that call based on the threat the defendant poses.

The new law also requires all police officers to wear body cameras by 2025 and restrict officers’ ability to pursue fleeing suspects. Officers will not be allowed to review their own footage before writing a report, which some critics say it puts them in an impossible position.

“In the wake of last summer’s protests against police violence and the responses to the release of the video showing the humiliation and harassment of Anjanette Young, there is little doubt about the strong support for additional police accountability and criminal justice reform,” said Khadine Bennett, director of advocacy and intergovernmental affairs at the ACLU of Illinois said in a statement.

The new law states officers are prohibited from using any type of chokehold and allows people to file anonymous complaints against police. In addition, the package calls for new police training in crisis intervention and-escalation, strengthening victims’ rights.

Indian Head Park Police Chief Steven Stelter says this puts him and others in a position of misconduct because “[we] left out information that was on the body camera, but it wasn’t in the report. According to this bill, [we are] guilty of a Class 3 felony.”

One provision in the new law prevents officers from tasing someone in the back; however, police say they are trained to use the back because it’s the safest part of the body.

Stelter predicts the new bill will result in more crime, especially with officer early retirements and younger officers joining departments in other states. Illinois Chief of Police is hoping to work with the sponsors of the new law to modify some of the language to address their concerns.