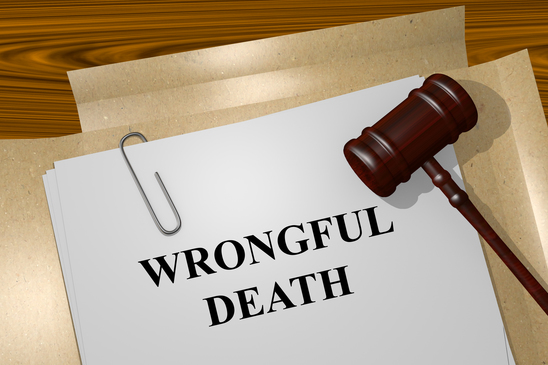 CHICAGO, IL – An Illinois prosecutor filed first-degree murder charges against two EMTs providers over the death of a patient they were called to assist on Dec. 18, 2022. The Lifestar employees are accused of Earl L. Moore Jr., 35, dying in their care of asphyxia.

The patient, who may have been experiencing hallucinations, was placed face down on a stretch and restrained across his upper torso. The coroner’s report said the cause of death was compression and positional asphyxia.

Both defendants are being placed in Sangamon County Jail on a $1 million bond.

This case holds an important lesson for EMS professionals across the country.

Law enforcement responded to a man in apparent medical distress at approximately 2:02 a.m. Recent body camera footage shows police were met at the door by an adult female who told officers Moore was “hallucinating and having alcohol withdrawals.”

The woman, appearing exasperated, when telling police, “every time I take him to the hospital, they release him, that’s all they do.” Police noted he was in obvious distress and called for an ambulance.

“You’re going to have to walk, because we ain’t carrying you. Because I am seriously not in the mood for this dumb shit,” Finley’s heard saying. Finley appeared to make no attempt to physically assess Moore. As he continued to moan in pain, she yelled at him to “get up!”

Once Moore reached the outside of the house, he knelt on the ground with his arms, upper torso and head resting on the stretcher.

“Get up on there Earl,” a voice is heard saying.

EMT Peter Cadigan appeared to be waiting in the front yard with a cot. Cadigan, along with another officer, grasped the patient by his arms and dragged him onto the stretcher, placing him face-down on the cot. Cadigan slightly lifted Moore’s upper torso and – somewhat forcefully – slammed him into position on the stretcher. Cadigan then appears to tighten the cot straps around the patient. Moore became quiet at this point.

Eight minutes after EMT arrival, Moore was loaded into an ambulance and transported to HSHS St. John’s Hospital, nearly 1 mile from the residence. While it’s unclear if the patient went into cardiac arrest during the ambulance transport, the autopsy report indicates “resuscitation intervention upon emergency department assessment.”

After attempting to resuscitate Moore, he was pronounced dead at 3:14 a.m., a little more than an hour after police initially arrived at his residence.

Call the skilled wrongful death attorneys of the Dinizulu Law Group if a friend or family member has become a victim of wrongful death. We offer free consultations and work on a contingency fee basis, meaning we only get paid for our services if we recover money for you. Call our office now to learn more at (312) 384-1920.