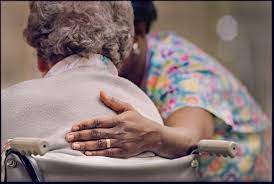 CHICAGO, IL – Regulators have continued to allow thousands of nursing homes across the country to remain afloat without a registered nurse on duty, according to USA Today’s investigation. Only 4 percent of these nursing home facilities were cited by government inspectors. Even worse? Even fewer were fined.

Understaffing is a serious issue that has plagued nursing homes for decades. An online website found that more than 90% of nursing homes in the U.S. is currently understaffed.

In February 2022, the Biden Administration announced a comprehensive set of reforms to improve the quality and safety of nursing home care, hold nursing homes accountable for the care they provide and make the quality of care and facility ownership more transparent (CMS.gov). In the spring, they will propose a fourth approach.

USA TODAY‘s investigation compared millions of nursing home inspection reports and timesheets to the staffing numbers that are set by the federal government and found staffing patterns of failure.

Understaffed nursing home facilities has remained a stagnant problem well before the COVID-19 pandemic. CMS requires a registered nurse to be on-staff for eight hours a day; however, most facilities failed to meet this standard.

Many former nurses have been left stunned that the public has not demanded better care for vulnerable adults, especially after the gross negligence that was exposed during the pandemic.

She explained she was done working 25-hour long shifts knowing she might be making a mistake, then leaving, and possibly driving off the road from exhaustion on her way home.

Since the late 1980s, federal regulations have required facilities to have “sufficient nursing staff” to meet residents needs and to have an RN in the building at least 8 hours each day. Nursing homes across the country have failed to meet this standard due to the long hours nurses are expected to work due to facilities being chronically understaffed.

Consequences of lax enforcement of understaffing

Cindy Napolitan, 66, is an eyewitness to what understaffing really means at Cheyenne Medical Lodge in Mesquite, TX, where she resides with her adult daughter. Both have multiple sclerosis (M.S.) and her husband, former caregiver, died in 2017.

Napolitan described her care as difficult to get regular showers or help transferring to a wheelchair. Her daughter suffered from a bed sore, or pressure ulcer, because the doctor’s orders to turn her every two hours was not followed. Since 2018, Texas nursing homes have been reported as the nation’s second lowest staffing levels.

Residents at other nursing home facilities reported to USA TODAY they felt trapped and no matter where they went, couldn’t find adequate care. In New York, Claire Campbell faced low staffing levels everywhere she took her mother, Grace Campbell. Despite filing various complaints with the state against facilities, she said very little changed.

Grace experienced delay in diaper changes, falls, dehydration and urinary tract infections while residing at The Riverside Premier Rehabilitation and Healing Center in Manhattan, NY. After another fall, Grace moved to Amsterdam Nursing Home in the early summer of 2021. Grace had to wait hours for help to use the bathroom and couldn’t push her wheelchair over the marble threshold.

The frequent delays caused Claire to hire an aid to visit her mother at the Amsterdam Nursing Home. Even that didn’t guarantee quality or timely care.

On Claire’s birthday in January, Grace called saying she had a bowel movement but no one had came to help her. Grace rushed over but within an hour, her mother was dead. Her death certificate cited “natural causes,” although she had significant bruising on her face and head suggesting she fell due to the nursing home’s negligence and low staffing levels.

Jacinda Gaston often smelled urine when she stepped off the elevator to begin her shift at Alden Lakeland, an Uptown Chicago nursing home.

Residents who were able to speak told her they sat in soiled diapers for eight or more hours. Urine and stool ran up people’s backs to their necks and the entire bed had to be changed.

Inspection reports from this year document the understaffing at Alden Lakeland. This nursing home is 1 of 6 facilities named in a class action lawsuit recently filed against The Alden Network, one of the largest nursing home operators in Chicago.

Illinois had the lowest staffing in the nation overall across five years. Last year, 91% of nursing homes missed the mark set forth by Medicare.