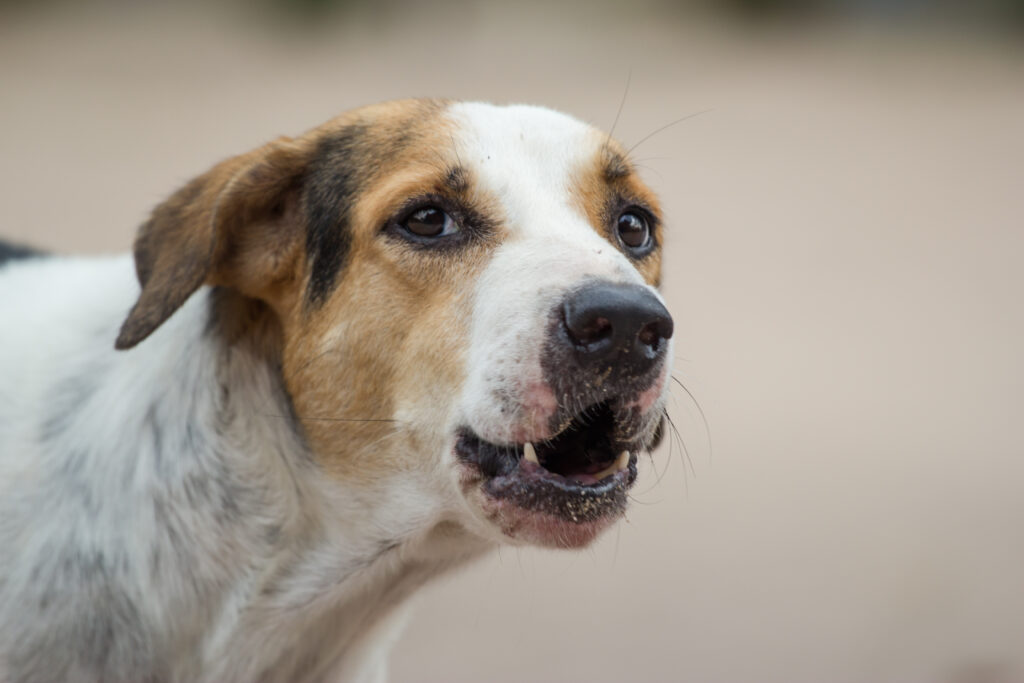 CHICAGO, IL – According to a study from the Center for Disease Control (CDC), approximately 4.5 million Americans will be bite by a dog each year. Nearly 800,000 of those bites require medical attention. In 2019, the U.S. population was 328.2 million, meaning 1 out of 73 people were bite by a dog.

The Animal Control Act refers to all animals; but in the context of dogs, refers to “dangerous dogs,” meaning, “(i) any individual dog anywhere other than upon the property of the owner or custodian of the dog and unmuzzled, unleashes, or unattended by its owner or custodian that behaves in a manner that a reasonable person would believe poses a serious and unjustified imminent threat of seriously physical injury or death to a person or a companion animal or (ii) a dog that, without justification, bites a person and does not cause serious physical injury.”

For example, imagine having a young, 1-year-old puppy who’s acting out because they’re simply still a puppy. You’re on the couch a game, and your puppy is playing the backyard. Somehow, your dog gets out of your fenced in yard and attacks a nearby runner. As the dog’s owner, you are liable to that victim for their damages. These damages include medical bills, pain and suffering, loss of enjoyment of life, and oftentimes in these cases: scarring. Because of these bites, significant ones may require plastic surgery or things of that nature.

Dog Breeds That Bite Most Often

Here is a list of dog breeds that are known to bite the most:

How to Prevent A Dog Bite

Your dog may never display aggressive behaviors; but just as humans do, sometimes animals can snap and react in behaviors that are unexplainable. When dealing with any dog, remain confident and assert your dominance, but be cautious of your body-language. Here are a few from the Canine Journal on things you can do to ensure your attitude doesn’t trigger an attack:

What If I’m Attacked but Not Bite?

Long story short, non-bite injuries are also covered under this claim. For example, imagine you visiting your friend’s house who owns a German Shepherd. The dog bulldozes you down, resulting in you breaking your neck. This would be covered under the Animal Control Act.

Dogs bite typically occur in either your home or neighborhood where you would be walking your dog. Many claims typically involve family or friends who may be at your house or around you which can cause for hesitation to get involved with these claims.

When you purchase homeowner’s insurance and purchase your policy limits and purchase insurance dog bite protection, if your dog attacks someone that was not provoking it, the victim has a claim against your insurance. People typically think that this will cause tension or a financial hardship for the dog owner; however, the claim is paid by their homeowner’s insurance company and there’s rarely no money paid out of their pocket.

Many times, insurance companies love to formulate your injuries, medical expenses, etc. and tell you your case is worth a specific amount. Your medical bills may be a few thousand dollars for spending a few hours in the emergency room, but now you’re stuck with a permanent scar. Those are valued by getting expert opinions from plastic surgeons. Depending on if it’s fixable, if you’ll need a lifetime of treatment and putting on creams, skin grafts, among other variables go into the value of your case.

This may require psychological treatment due to emotional distress from a traumatic experience or they may be embarrassed to be made fun of for their scar. As lawyers, it’s our job to maximize your injuries and non-economic damages. This is done by relying on witness testimony, psychiatric testimony, and others.

Taking photographs of your injuries is one of the most important pieces of evidence you can provide. Take pictures at the scene of the incident, on the way to the hospital, at the hospital, etc. to document how bad they were. Insurance companies typically want to see scarring pictures about a year from the date of the incident, sometimes even 3 months or 6 months after the accident.

What to do If You’ve Been Bite by a Dog

If you or a loved one has suffered as a result of a dog bite, call the lawyers at the Dinizulu Law Group, Ltd. at (312) 384-1920 to advocate on your behalf. The initial consultation is free of charge, and if we agree to handle your case, we will work on a contingency fee basis, which means we get paid for our services only if there is a monetary recovery of funds. In many cases a lawsuit must be filed before an applicable expiration date, known as a statute of limitations so please call right away to ensure that you do not waive your right to possible compensation. Please visit our website for additional information.