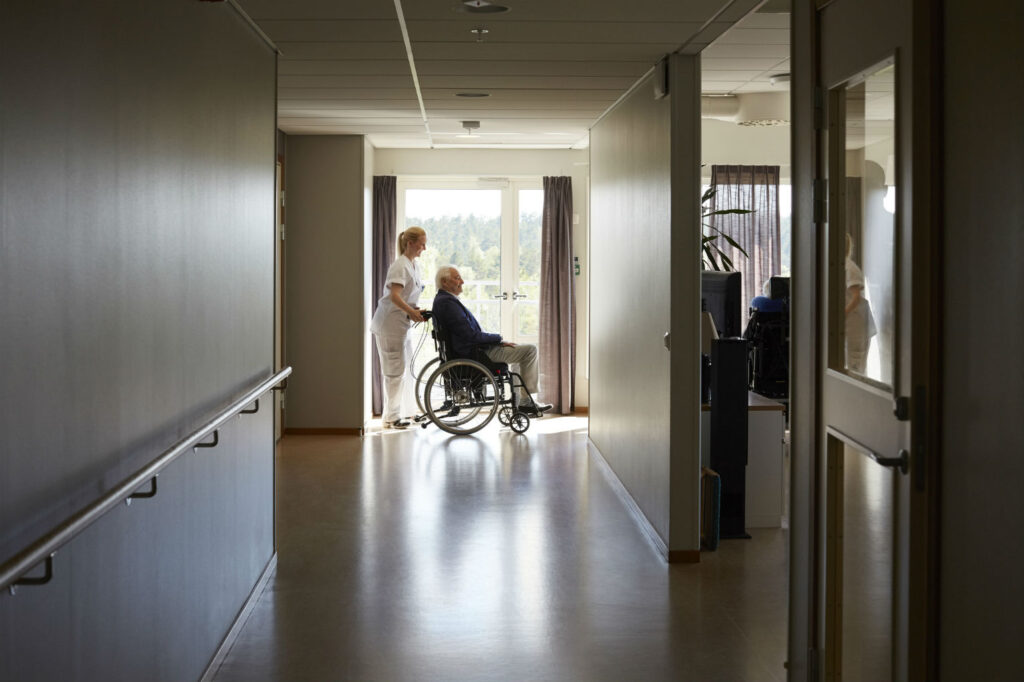 Manufacturers have faced many civil and criminal penalties in the last decade for the misbranding of the medication to promote the drug as appropriate to treat older people suffering from dementia. The Food and Drug Administration (FDA) has required manufacturers to place a “black box warning” on the packaging, advising against the medicine and the side effects it may have on an individual. Antipsychotics being administered to someone with dementia almost doubles the risk of death for them and have never been approved as safe or effective. Despite the warning, nursing homes still administer antipsychotic drugs, sometimes without informed consent first, which is a violation of federal regulation and a person’s human rights.

Antipsychotics are powerful drugs developed to treat schizophrenia; however, nursing home staff often administer them to those with dementia for the sedative effects. Government regulations prohibits the use of drugs as chemical restraints or without informed consent.

Antipsychotics are misused for a variety of reasons, including the misperception by nursing homes that medications may help those with dementia, lack of awareness of the danger of the drug, lack of training in dementia care, and possibly the most significant, to compensate for understaffing. Kaiser Health News found that nursing homes have been exaggerating levels of nursing and caretaking staff for years, according to The Washington Post.

In most cases, antipsychotic drugs are administered in a harmful way without the appropriate consent. Nursing home residents and family members have reported the resident was given the medication without their knowledge, awareness of risks or dangers, or any objections of their own. Staff members have admitted they we not aware of an informed-consent policy, rather they gave it to the resident out of their own convenience. Nursing staff, pharmacists, and medical directors commonly prescribed medication to residents without even seeing them.

Antipsychotic drugs are a favorite among psychotropic medications in nursing home facilities because dementia is associated with aggression, anxiety, agitation, delusions, disinhibition, irritability, and wandering. Federal regulations say residents have a right to be informed of their treatment, or their right to refuse treatment; however, nursing homes ignore these rules, partly because they are rarely held accountable.

An 81-year-old man in Texas spoke out about his experience being over medicated, saying, “too many times I’m given too many pills. I can’t even talk. I have a thick tongue when they do that. I ask them not to give me the antipsychotic drugs. When I say that, they threaten to remove me from the home. They get me so I can’t think.”

The Human Rights Watch found 97 percent of citations for violations at nursing homes were related to antipsychotic drugs from 2014 to 2017. In almost no cases, the government did not impose financial penalties, leading to the likelihood of it occurring again. Nursing homes are mostly a for-profit industry, controlling most aspects of their residents’ lives.

If you or a loved one is injured due to a medication error you believe was unnecessary or wrongfully given, reach out to one of our experienced nursing home abuse attorneys. We have helped thousands of wronged victims get the justice and compensation they deserve. With over 50 years of combined experience, our verdicts and settlements have helped clients have a peace of mind and security. Please call the Dinizulu Law Group at (312) 384-1920 to schedule a free consultation or visit our website for more information.