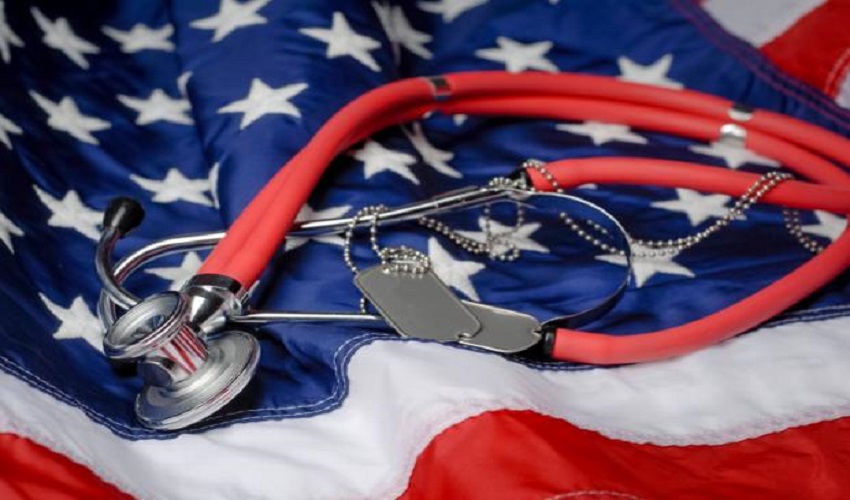 CHICAGO, IL – U.S. Army Sergeant First Class Richard Stayskal testified before Congress an emotional statement regarding medical malpractice in the military. Lawmakers on Capitol Hill heard testimony about allegations of medical malpractice by Defense Department medical professionals as Congress considers overturning the Feres Doctrine, a legal doctrine prohibiting people who are injured as a result of military services from suing the federal government under the Federal Tort Claims Act for injuries and negligence (Cornell Law).

Stayskal delivered an emotional opening statement to lawmakers explaining a misdiagnosis and inadequate medical care involving a tumor in his lungs that he suffered with for months. Medical professionals brushed off symptoms of walking pneumonia, even though he was on the verge of death throwing up pools of blood.

According to Newsweek, Staksyal was diagnosed with stage four lung cancer in January 2018 – something U.S. Army doctors overlooked or ignored. Over time, his cancer spread to his lymph nodes in his neck, spleen, liver, and ilium crest, which forms a hipbone, along with his spine and right hip.

Lung cancer is the leading form of cancer in both men and women and account for nearly 25 percent of cancer deaths. A five-year survival rate for those diagnosed with stage-four lung cancer is less than ten percent (American Lung Association).

“I want to say that this does affect me obviously, but my children are the true victims,” Stayskal, 37, said. “They will now grow up without a father. Someone that will teach them how to drive, walk them down the aisle when they get married. They seek counseling and special treatment at school. One of the biggest things they try and understand is how this happened.

As Skayskal’s case shows, a failure to diagnose frequently involves medical professionals mistaking symptoms of one disease for another. A misdiagnosis can lead to unresolved treatment needed to prevent symptoms from worsening or becoming terminal.

If you have experienced a misdiagnoses by a doctor for your medical condition, under the breach of standard care, you may potentially seek damages through civil litigation. The Feres Doctrine is a unique consideration that applies only to members of the military.

If your doctor has failed to accurately diagnose a medical condition that has led to serious problems, the attorneys at Dinizulu Law Group, Ltd. are ready to assist you with a malpractice claim. Our attorney’s have experience, resources, and a network of medical professional to build a strong case on your behalf. Please call (312) 384-1920 or go online to schedule a consultation.