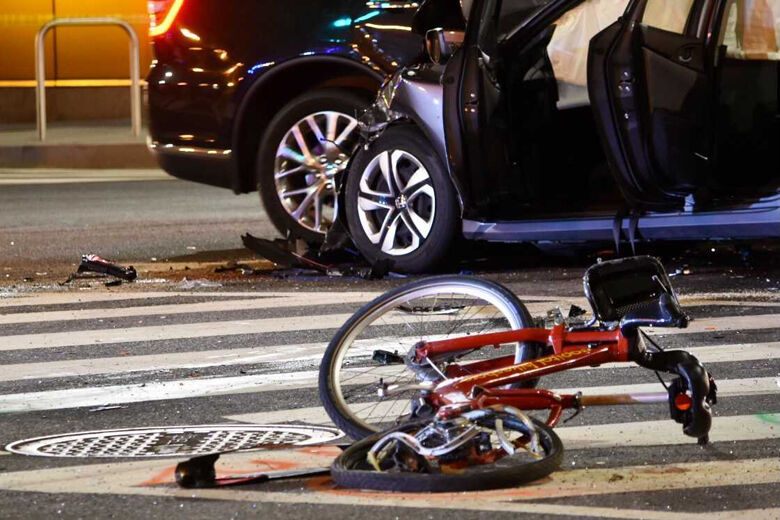 CHICAGO, IL – More than 1,000 bicyclists die each year while on America’s roadway. Chicago has seen its third bicyclist fatality of the year last month when a 22-year-old bicyclist was killed in a hit-and-run accident. Bike advocates are sounding the alarm about the number of car-related deaths to cyclists in Chicago this year alone.

Twenty-two-year-old Nick Parlingayan was the third bicyclist fatality of 2022 after being struck by a vehicle in the 3800 block of North Milwaukee Avenue in Old Irving Park on Chicago’s northwest side, according to law enforcement.

Parlingayan was taken to Advocate Illinois Masonic Medical Center in Chicago in critical condition. He was pronounced dead at 10:10 PM.

Phil Pinkawa, 57, was charged with failing to report the accident that resulted in death, according to police. Police say Pinkawa was leaving his job at a pizza joint to get food when he struck Parlingayan, dragging him nearly 50 feet. After driving off, a bystander called police to alert them of a hit-and-run accident.

Courtney Cobbs, bike activist and co-founder of Better Street Chicago, said that Chicago needs to do more than paint plastic posts for bicyclists’ protection. “People who live in the area have said the bike lane has faded in that area and that construction has made biking even more dangerous than it already was before,” she further explains.

According to the National Highway Traffic Safety Administration, there has been an average of six bicyclists per year that die in Chicago since 2016.

As of May 2022, Chicago has already met half the fatalities of previous years.

As it gets warmer out, more people will flock to Lake Michigan and be out and about. It’s important to be aware of your surroundings, especially if you have children. The surge in accidents involving bicyclists has gone up in nearly every city across the United States, with many people and drivers struggling to adapt.

As of 2017, there were nearly 2,690 bikes in Illinois. Out of that number, 390 sustained serious injuries from the accident and 26 fatalities. Fifty-three bicyclists killed were under the age of 14 and bicyclists 65 and older accounted for 139 fatalities.

Experts believe the average age of cyclists killed has increased over previous decades due to the increased usage of bikes by older Americans, with no decreased use among children. Unfortunately, children will continue to face this issue annually.

It’s important that drivers are aware of their surroundings since bicyclists have the same right to ride on Illinois roads. By paying closer attention, looking for bicyclists, and acknowledging the rights of bicyclists, accidents are much less likely to occur.

Every bicycle accident differs from the next. One victim may suffer from contusions or a concussion. Other victims can be catastrophically injured including head or brain injuries. The most common injuries resulting from a bicyclist accident may include:

Nearly 25 to 50 percent of all injured bicyclists suffer from a head injury; additionally, nearly 60% of bicycle-related deaths are caused by head injuries. Common head and brain injuries may include a skull fracture, concussion, brain contusion, or intracranial hemorrhage.

Neck and back injuries

When a person is ejected from a bike, their neck and back can be very seriously damaged. Injuries to a person’s neck and back can cause severe pain, and loss of motor skills making daily duties difficult, and cause significant burden and stress to an individual’s life. Injuries may include fractured vertebrae, herniated disc, pinched nerves, spinal cord damage, and whiplash.

When an individual is thrown from their bike, their face is exposed to serious injury, especially if you’re not wearing a helmet. Facial injuries may include contusions, facial fractures, dental fractures, and puncture wounds – all of which can cause permanent and chronic nerve damage pain.

The force of impact of an accident with a bicyclist can cause painful and extensive hip injuries. Common injuries include hip fractures, dislocation of the joint, labral tear, or bursitis.

Regardless of the age of the victim, a hip injury can be extremely expensive and involve surgeries, rehabilitation, physical therapy, medications, and diagnostic scans, among many other factors.

Even if you’re wearing protective equipment while riding a bike, there are several parts of your body that are exposed including the leg, knee, and foot. These areas are most often injured in collisions.

Broken bones are a common result of bicycle accidents, especially a hairline fracture (or a simple fracture), which is typically treated in minimal time. On the other hand, a compound fracture or an area that was completely crushed can cause severe pain and time away from work. You also run the risk of complications which can lead to further expenses, medical treatment, and more.

Internal injuries refer to injury of internal organs or internal bleeding, either of which can be the result of blunt force trauma or penetrating trauma. Some internal injuries are obvious while others require more testing which can easily be overlooked. Because of the risk of suffering from internal injuries, you should seek medical treatment immediately after a bicyclist accident.

If you or someone you love has been injured in a bicycle accident, you should contact our experienced attorneys at the Dinizulu Law Group as soon as possible. For more information or to schedule a free consultation, please call us at (312) 384-1920 or visit us online.