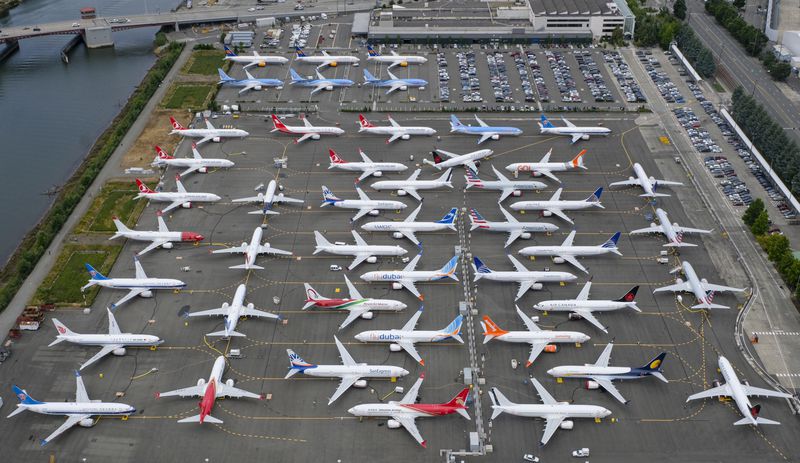 CHICAGO, IL – The CEO of Boeing plans to speak to Congress today, marking the anniversary of first of two deadly crashes involving Boeing’s 737 Max jets. The CEO plans to address the issues and mistakes Boeing has made and what they are going to do to resolve these issues.

“We have learned and are still learning,” Dennis Muilenburg said. “We know we made mistakes and got some things wrong. We own that and are fixing them.”

Muilenburg is scheduled to testify on Tuesday before the Senate Commerce Committee and on Wednesday before the House Transportation Committee. Both committees have investigated the Boeing crashes, in addition to being sued by some of the families of the 346 who died from the Max jets off the coast of Indonesia on October 29, 2018 and in Ethiopia on March 10, 2019.

In a final report, Indonesian investigators stated to the Associated Press that Boeing’s design of the flight-control system “made the plane vulnerable if a single sensor failed, disregarding the aviation industry’s long reliance on redundant systems to prevent disaster.” Lion Air, the operator of the plane, and U.S. regulators who approved the Max jets for flight are also at fault.

Many pilots were not made aware of the flight-control system, called MCAS, until after Lion Air crash. Rep. Peter DeFazio, chairman of the House Transportation Committee, plans to ask why Boeing didn’t inform the Federal Aviation Administration about changes in the development that made the MCAS of the Max more powerful.

On both deadly flights, a fault sensor caused MCAS to push the plane’s nose down, and pilots were unable to control the plane. Boeing has noted they are now making the nose-down less frequent and powerful, by adding redundancy to tie it to two sensors and two computers.

“This will be the most thoroughly scrutinized fix in the history of the aviation industry,” DeFazio said.

Boeing currently conducts safety reviews, which many relatives of the deceased victims want Boeing banned from conducting and leave it up to the FAA inspectors. This would require a major increase in the FAA’s budget. According to DeFazio, there’s roughly 45 FAA inspectors that oversee 1,200 Boeing employees who conduct much of the testing.

Michael Stumo, father of Samya who was on the Ethiopian Airline Max, said, “We don’t think Muilenburg should be CEO anymore. He… minimized it, trying to convince everyone it was a pilot error, everything was fine, it’s a safe plane. Everything so far… has been pointing the finger elsewhere.”

Muilenburg, who was stripped of his title as chairman of the Boeing board, is expected to meet with families of the victims on Wednesday. Boeing said on Monday night, Muilenberg visited Indonesia’s embassy in Washing to offer condolences to the Indonesian people.

In July, Boeing offered $100 million to those affected by the crashes in Indonesia and Ethiopia. Ethiopian Airline Flight 302 was scheduled to fly internationally from Addis Ababa Bole International Airport to Ethiopia to Jomo Kenyatta International Airport in Nairobi, Kenya. Six minutes after takeoff, the aircraft crashed near Bishoftu, killing all 157 people aboard.

Another deadly crash occurred in Ethiopia in October 2018 when a Lion Air aircraft killed 346 people. After investigations concluded, it was said that both pilot flying the Max jets struggled to override an automated system that pointed the plane’s nose down.

Airlines do not expect to resume Max flights until early 2020. As of October 2019, the grounding of Boeing Max jets has cost $9.2 billion in revenue and compensation to airlines and bereaved families. Boeing is currently facing lawsuits from airline pilots and families of victims.

The laws that govern the skies can be complex, which is why it takes a seasoned legal team to successfully represent victims of aviation accidents. The Dinizulu Law Group, Ltd. has the trial experience and legal resources to tackle the detail-oriented litigation required in cases against airline companies. If you need legal advice related to injuries or the loss of a loved on in an aviation accident, our personal injury attorneys can give you answers in a free, confidential consultation. To schedule an appointment, please call (312) 382-1920. For additional information, please refer to our website.