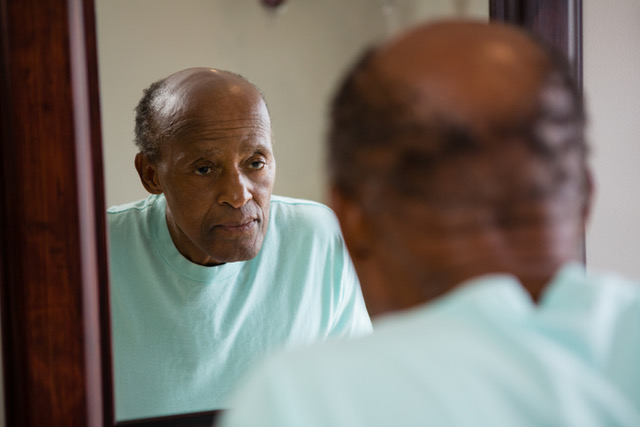 Social media has definitely opened up many opportunities for people all across the world. It has also helped many families identify when their loved one was being mistreated while under the care of nursing home staff. Back on July, 11 Alive reported that three nursing home caregivers were arrested and criminally charged in GA after it was discovered that they had recorded a video of them “cussing” and “joking” about a patient who was about to die and shared it on Snapchat. And just recently, the Miami Herald reported that six caregivers working at an Illinois nursing home were videotaped engaging in inappropriate behavior themselves.

The Miami Herald stated that while 76-year-old Reggie Doe was staying at Holland Home in South Holland, IL, he was being abused and mistreated by several caregivers. However, it wasn’t until one of the caregivers went on Facebook Live, which is when a Facebook user live streams what they are doing at that particular moment, back on July 15th with five other caregivers and asked Doe to take his pants off for the camera. Unfortunately, Doe suffers from dementia after having had a stroke and is “vulnerable, disabled, and easily manipulated.”

In the Facebook live video, the caregiver is heard saying, “Reggie, take off your pants, Reggie” and although it is blurred out, Doe did as he was told, took off his adult diaper, and exposed his genitals for viewers who opted to watch the video while it was being recorded. Once Doe’s family found out about the video, they decided to file a lawsuit as they believe Doe’s privacy was invaded and demanded that $50,000 be awarded in damages.

The family’s representing attorney stated that the caregivers at the facility had “taunted and bullied” Doe, who spent the last eight months living in the facility before the video was captured. The lawyer also stated that “the incident was especially harmful because it was broadcasted on social media.” The lawsuit claims that the caregivers decided to take to social media “so the whole world could laugh at him, just as they did.” The attorney went on to point out that aside from how humiliating and “cruel” the actions were displayed by the caregivers, it was also concerning how many workers were in the room at the time the video was recorded. He said, “you have to wonder if there was anyone left to help supervise any other patients.”

The reality is, many nursing homes today are understaffed which directly affects the residents that need around the clock care or assistance with daily tasks. And if caregivers are spending their time on social media and making a mockery of the people they should be caring for, what is happening to the other residents who are relying on them for help? Aside from those concerns, Doe’s daughter began questioning what events occurred after the video recorded and “how many times it happened before this?” Unfortunately, nursing home residents, especially those who suffer from dementia, are more susceptible to being abused and neglected as they aren’t able to speak up or report when an incident occurs.

How can I tell if my loved one is being abused during their stay in an Illinois nursing home?

Now, because not all cases of abuse are recorded or broadcasted for the world to see, it is up to a nursing home resident’s family to monitor and observe their loved one for any signs that might indicate they are being mistreated. And if you happen to have an aging relative who is living in a nursing home in Chicago, IL who you suspect is being abused or mistreated, it is best that you report the incident to someone higher up in the facility and contact a Chicago, IL nursing home abuse attorney at Dinizulu Law Group, Ltd. During this unfortunate time, It is vital that you become informed on what your legal rights are as well as your loved one’s and what steps can be taken to exercise these rights.