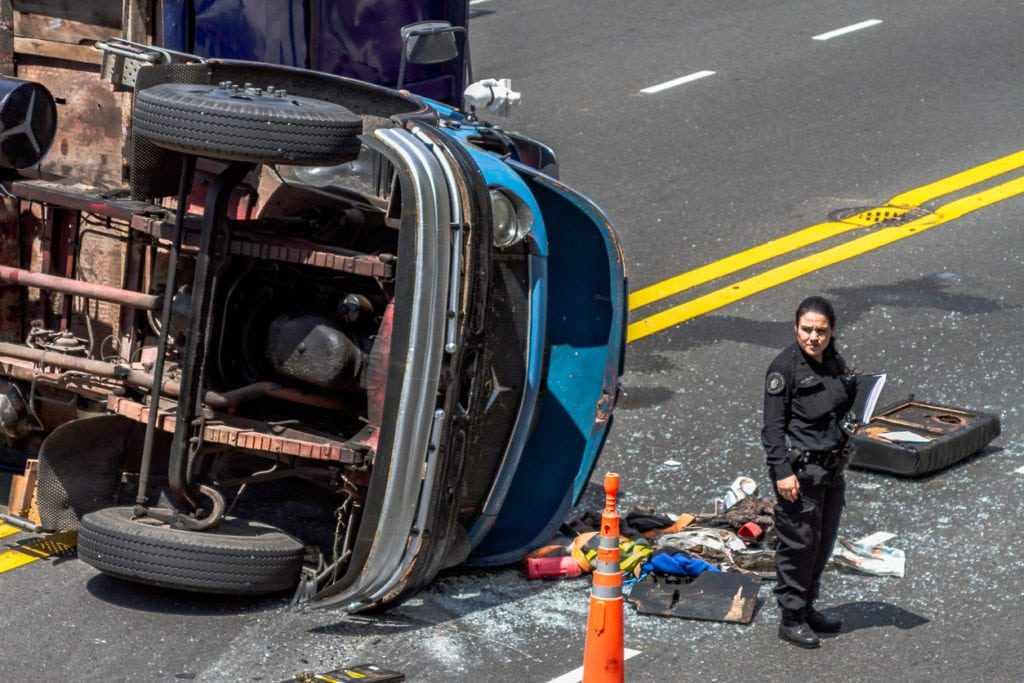 Turns out, his vehicle was 3,000 lbs. over his vehicle’s weight limitation.

The majority of commercial trucks that travel on our roadways today are essential to our economy. They transport goods to and from locations allowing businesses and other entities to operate successfully. While we need our commercial trucks to continue operating, it is important that the drivers along with the companies responsible for operating them comply with federal regulations to ensure the safety of both the driver and others on the roadway are never compromised. This means that truckers must stop driving when they reach their 11-hour mark and must only transport loads that won’t put their vehicle over the weight limit stipulated for their size vehicle.

Unfortunately, not all drivers and/or companies comply with the rules and regulations that are meant to keep drivers safe and as result, accidents often happen because of it. Just a few weeks ago at the end of June, News Tribune reported that a semi “caused a chain of collisions on Interstate 80 east of Princeton” after the driver struggled to reduce his speed to avoid an accident. The truck had been hauling beans from Annawan and as the driver entered a construction zone where traffic began to slow and even stop, he wasn’t able to reduce his speed in time and ended up causing an accident involving multiple vehicles.

Among those who were involved in the wreck, two refused treatment at the scene and two others had to be transported via ambulance to St. Margaret’s Hospital in Spring Valley. Two other victims were also taken by ambulance to Perry Memorial Hospital in Princeton. Thankfully, officials reported that none of the injuries the victims sustained appeared to be life-threatening.

Illinois Police eventually determined that the truck was 3,000 pounds over its 80,000-pound weight limit, “which affected the truck’s ability to stop properly.” As a result of the accident, “the truck and trailer were put out of service because of the condition of the brakes.” The driver, who was identified as David J. Rakestraw, was ticketed for “failure to reduce speed to avoid an accident” and later received another for the overweight load.

Every commercial truck that is permitted to be driven is required to abide by the federal regulations pertaining to weight. Now, weight limits vary based on the size of the vehicle, however, the maximum gross vehicle weight (GVW) is 80,000 given the vehicle “complies with the Federal bridge formula, which sets maximum gross weight limits for groups of axles in accordance with the number of spacing of the axles” [Source: U.S. Department of Transportation].

The reasons trucks have weight limitations is to help prevent accidents similar to the one described above from happening. But, as mentioned, not all truckers and/or companies comply with this law or several others which has led to severe and even fatal accidents occurring. And if you have been involved in an accident with a commercial truck in Chicago, IL or a nearby area, contact the truck crash lawyers at Dinizulu Law Group, Ltd. today by calling 1-312-384-1920. Our firm will help you understand what your legal rights are, how much your accident entitles you to collect, and even assist with the process of recovering that amount.