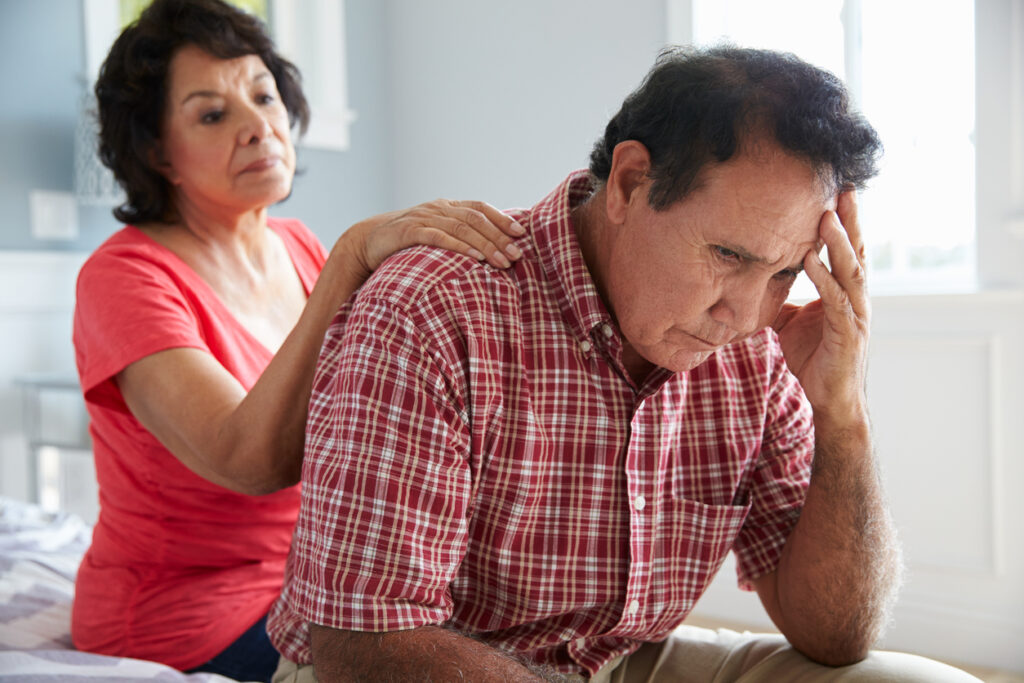 It’s been months since nursing homes and facilities alike went into lockdown mode to curb the spread of the COVID-19 virus and although some facilities have allowed visitors back in, sources are highlighting the devastating effects these lockdowns have had on our aging population. According to AARP, the past five months we’ve spent under COVID-19 lockdowns has “created a mental health crisis” among long-term care residents. Many individuals who were once described as being outgoing and social are now being described as frustrated and depressed.

Lorri Evans says her mother is one of those individuals. Evans’ mother Helen, 99, went from walking with her walker the equivalent of four blocks, twice a day in February, to being bedbound a few months later. After Helen’s facility went into lockdown, the 99-year-old was “confined to the second floor of her complex—where her room was located—for months.” She no longer was being taken for walks outdoors which quickly caused her mobility to decline. Evans’ mother “had fallen into an abyss,” according to her daughter.

Not only did Helen’s physical abilities deteriorate, but also her mind, says Evans. Sadly, she isn’t the only one to witness her loved one’s mental/physical health decline due to COVID-19 shutdowns.

Deirdre Anderson says her father is also struggling as a result of being isolated for several months. Anderson’s father, Richard, 85, lives in a nursing home in Texas and suffers from dementia. While Richard was once social and had “a fair amount of friends,” he has since lost those connections, says his daughter. Anderson also shared that her father now compares his life in the nursing home to living in a prison, which is something she says he never did before.

Tami Crady is another to share how COVID-19 lockdowns have affected her father who lives in a nursing home in California. Crady says she now receives “desperate calls of ‘get me outta here, this is prison,’” from her father, Dave. Dave’s daughter says that for months, her father, who suffers from Alzheimer’s, has been “incredibly frustrated,” because of the way the lockdown has “interrupted his routine.” At one point during COVID-19 lockdowns, Crady says her father got ahold of an electric razor to give himself a haircut because nonessential workers were not permitted to enter the facility.

Many other individuals shared how COVID-19 lockdowns have affected their loved ones and many believe the isolation is putting them at great risk.

Robyn Grant, who is the director of public policy and advocacy for the National Consumer Voice for Quality Long-Term Care told AARP that her agency is “hearing from a number of family members and [long-term care] ombudsmen that many residents are just losing the will to live.” Grant added that in states like Minnesota, “social isolation” is now being listed “as a cause or contributing factor on the death certificates of some long-term care residents who have died during the pandemic.” She also says “Failure to thrive” is another.

Are you concerned that your loved one is not receiving the proper care/attention from nursing home staff members?

Although not all cases warrant legal action, if our Chicago, IL nursing home abuse attorneys believe you have a case, we will provide you with the time and effort needed to obtain the justice your loved one deserves. If you would like to discuss your concerns with a skilled attorney, feel free to contact Dinizulu Law Group, Ltd. at 1-312-384-1920.