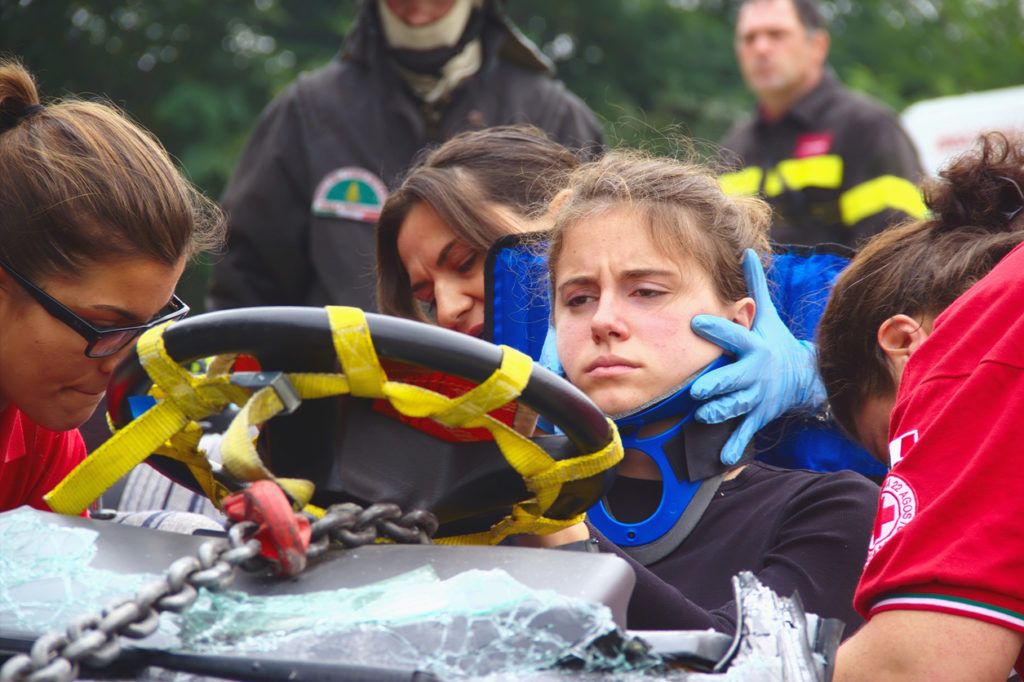 A rear-end accident claimed the life a 74-year-old woman from Calumet City and left several others who had been traveling inside the vehicle with her injured. The Belleville News-Democrat shared some of the details pertaining to the horrific incident that occurred on Saturday, September 5th, explaining what led up to the incident.

Mary J. Gates, 74, had been riding as a passenger in a Dodge Caravan that was being driven by Marchele M. Collins, 40, of Chicago. Five others had also been traveling inside the van at the time, including a nine-year-old girl. Illinois State Police reported that the van was heading south on I-57 around 1:35 a.m. in the far-right lane when it was rear-ended by a tractor-trailer being driven by Terrell Marshawn Ross, 41. The news outlet stated that the van had been traveling at a slower speed as it was driving on a spare tire. This is generally what drivers are suggested to do when riding on a spare as these types of tires aren’t designed to withstand fast rates of speed.

While police didn’t identify what caused the trucker to collide into the rear of the van, perhaps the rate of speed the van was traveling at was one of the factors that played a role in the accident occurring. The source went on to highlight that Ross did not sustain any injuries in the crash, but was charged with failure to reduce speed to avoid an accident. Unfortunately, the occupants of the van weren’t as lucky. After Gates sustained severe injuries, she was airlifted from the accident scene to Carle Foundation Hospital in Urbana where she was pronounced dead. The nine-year-old girl also had to be airlifted, although the news outlet did not disclose her condition.

Some of the other passengers which included Olivia Collins, 39, Willie Mae Butler, 57, and a young boy, all had to be taken to St. Anthony’s Hospital in Effingham. Michael Anderson, 18, was also transported to the hospital, although he was taken to Carle Foundation Hospital.

Being involved in a rear-end accident is a traumatic experience, whether it is a serious collision or not. And while most victims can walk away only suffering from minor aches and pains, when a large truck such as a tractor-trailer is involved, the chance of sustaining a serious injury increases as we see in this accident. Because rear-end accidents are common in Chicago, IL and many other parts of the U.S, it is important that the victims of these types of accidents understand what their legal rights are following the collision.

Therefore, if your vehicle was rear-ended by a large truck or another type of vehicle in Chicago and you sustained some rather severe injuries that has led to you suffering from pain, there are forms of action that can be taken to help you recover the compensation you need and deserve.

Can I sue a Driver Who Rear-Ended Me?

One form of action a victim of a rear-end accident can take is filing a personal injury lawsuit against the negligent party. In nearly all of the rear-end accidents that occur, the driver who hit the car in front of them is said to be responsible for causing the accident as they displayed some form of negligent behavior. Whether they were glancing down at their phone, tailgating, or simply not paying attention to the flow of traffic, their mistake is what led up to the wreck occurring.

Now, if the accident has caused you to seek medical treatment or has led to you suffering from a serious condition that has affected your life and ability to work, you can pursue the person who caused the accident for compensation with the help of an IL personal injury lawyer. The reason you need to hire an attorney is because there is a specific process you must follow and you need to be sure you are asking for a fair amount of compensation. At Dinizulu Law Group, Ltd.,  not only will our personal injury lawyers provide you the support you might need right now, but we will work to ensure you receive the maximum amount of compensation your injury entitles you to.

So, if you would like to schedule a consultation where can discuss your accident in more detail, contact us now at 1-312-384-1920.