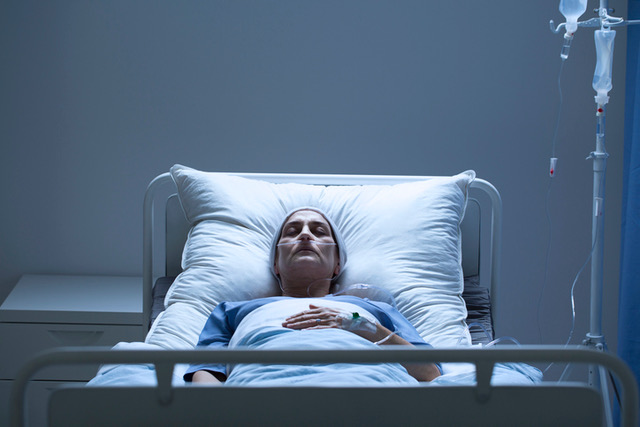 A few weeks ago, we learned that a 29-year-old woman in a vegetative state living in a nursing facility in Arizona gave birth to a baby boy. And this week, it is being reported by multiple sources that a nurse employed by Hacienda HealthCare Facility, the home in which the woman resided in since she was a toddler, has been arrested for sexually assaulting her and is the alleged perpetrator responsible for getting her pregnant. The story has and continues to make headline news as many are shocked and outraged to learn that rather than this woman receiving care and supervision, she was being raped and taken advantage of, and no one was aware of it.

Who is the employee that has been accused of raping the 29-year-old nursing home resident at Hacienda?

People Magazine recently reported that 36-year-old Nathan Sutherland has been arrested after police collected a sample of his DNA and were able to link it to the case. Sutherland was employed as a licensed practical nurse at the facility and was said to be caring for the woman at the time of the alleged abuse. He has been charged with one count of sexual assault and one count of vulnerable adult abuse. The New York Post reported that he was last seen in Maricopa County Court where a judge ordered him released on a $500,000 cash-only bond.

He is expected to appear back in court on January 30th.

What else do we know about the 29-year-old victim?

As mentioned before, the woman, who has not yet been identified, has lived at Hacienda since she was two or three years old and “lacks sufficient understanding and mental capacity to make decisions or give consents for her medical placement or financial estate.” People Magazine stated that she also “suffers from quadriplegia, recurrent pneumonia, and a seizure disorder.” While sources first reported that the woman was in a coma and has been “unresponsive for years,” her family recently released a statement clarifying this by saying “She does not speak but has some ability to move her limbs, head, and neck.” Their statement also confirmed that their daughter “responds to sound and is able to make facial gestures.”

Police are not yet sure how many times the woman was assaulted but are still investigating into the matter to determine how and why her condition went unrecognized. So far, they were able to determine that it had been eight months since her last known physical, which has led to many resigning or being placed on suspension, according to Fox News. Two of the physicians who were responsible for providing the woman with care are “no longer providing services to Hacienda patients.” One of those physicians has been suspended and the other has resigned. It was also reported that the facility’s CEO, Bill Timmons resigned earlier in January after the incident was broadcasted.

How often does sexual abuse occur in nursing homes?

Nursing home residents, like the woman described above, are often susceptible to being sexually abused by other residents and workers as their condition prevents them from defending themselves, speaking up, and reporting the abuse. This often leads to many cases going unreported and many victims having to live their lives constantly being subjected to abuse and unable to obtain the justice they deserve. As troubling as this sounds, these are the facts which is why family members of those who must place their loved ones to live in a nursing home take the time to visit them regularly and assess their condition. Aside from that, it is important that you also select a nursing home that has high ratings and is known to provide quality care and service to their residents.

Sadly, this sometimes still isn’t enough to prevent someone from abusing a loved one of ours. So, the only thing that can be done to combat nursing home abuse is take legal action when a case arises in hopes of preventing another one from developing.

If you have a loved one living in a nursing home in Chicago, IL or a nearby area and you suspect they are the victim of any type of abuse (i.e. physical, sexual, financial), contact Dinizulu Law Group, Ltd. today to retain a trusted Chicago, IL nursing home abuse lawyer who will defend your loved one and help them hold the facility and/or a health care worker responsible for their negligent or illegal behavior. Those who are living in nursing facilities should be receiving the care and treatment that is not only required to be provided, but also what they deserve.

Contact us today to set up an initial consultation to learn more about how our firm can help you and your family.
Dinizulu Law Group, Ltd. is located at:
221 North La Salle Drive, Suite 1100
Chicago, IL 60601
1-312-384-1920
Website: www.dinizululawgroup.com