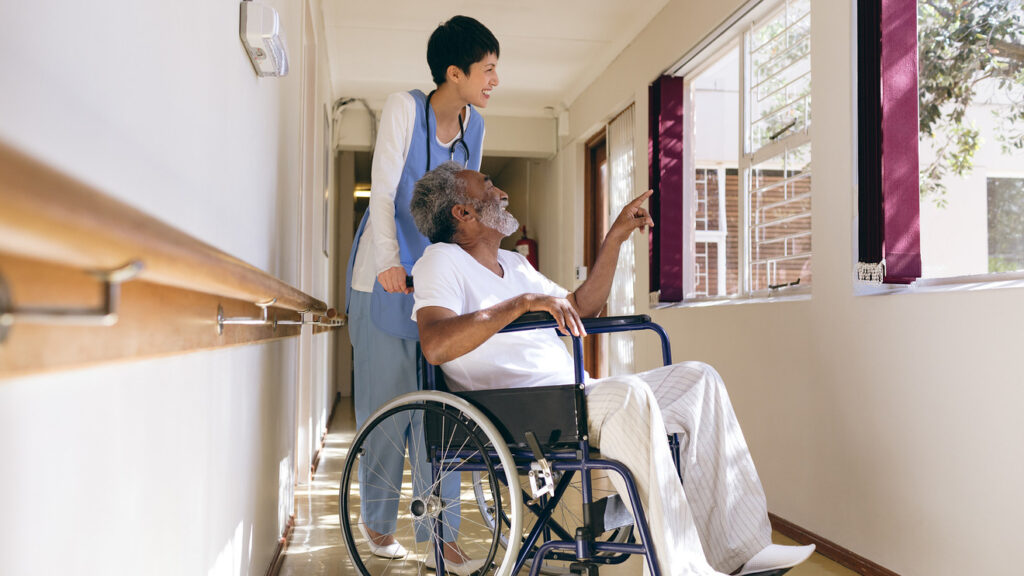 Sexual abuse is a commonly occurring issue in nursing homes but is often underreported. Because many sexual abuse victims suffer from memory loss, they are often unable to report what happened, allowing the perpetrator to either continue with the abuse or move onto their next victim.

According to statistics, older individuals who suffer from dementia are more susceptible to “abuse and approximately one in two older adults with [a] cognitive impairment experiences abuse.”1

If your relative lives in a nursing home in Chicago, IL and you believe they are being sexually abused, the Chicago nursing home abuse attorneys at Dinizulu Law Group, Ltd. are here to help you.

Caught in the Act

A 44-year-old x-ray technician is facing criminal charges after he was accused of sexually abusing an 81-year-old woman who was living in a nursing home run by a Catholic Church.2 The woman was inside of her room with her nurse at the time the x-ray tech arrived and that is when he requested that the nurse leave the room while he performed his job.

While standing outside of the room, the nurse overheard the resident crying and when she went in to check on her, she says she saw the technician leaning over the woman and then quickly wiped his hands on the bedsheets. He then said, “I didn’t do anything on purpose.”

The nursing home resident had arrived at the facility in 2015 and was “still fairly sharp” at that time. Once she fell victim to Alzheimer’s disease, she began requiring ongoing care as she would begin wandering around and struggled to recognize familiar faces.

After the nurse walked in on the x-ray technician and the nursing home resident, she notified security who managed to apprehend him before he could leave. The tech was later charged with endangering the welfare of an incompetent or physically disabled person, which could potentially land him in jail for four years, according to the news source. He was also charged with sexual abuse.

The source also shared that the x-ray tech was hired by a third-party contractor that had conducted a background check on the employee before he went to work in the nursing home.

Nursing home residents come in contact with different people on a regular basis, all of which are potential candidates for being a sexual abuse perpetrators. Some of these people include:

It’s very important that nursing home residents, particularly those that are bedbound or suffer from dementia, are constantly being monitored to reduce the chances of an incident occurring.

What should I do if I think my loved one was sexually abused in a nursing home?

If you suspect that your loved one has been sexually abused by a nursing home staffer or someone else in the facility, you should report the incident immediately so that an administrator or someone higher up can take action. If you’re worried about reporting your concerns to a staff member or you’re finding that they aren’t being addressed, a Chicago, IL nursing home abuse lawyer can certainly help.

In fact, anytime an incident occurs involving a nursing home resident, you are encouraged to contact Dinizulu Law Group, Ltd. so that you can discuss it with one of our skilled Chicago nursing home abuse attorneys. We will help you protect your loved one’s rights and take the necessary steps to ensure the home and/or any staffers are recognized for their negligence.