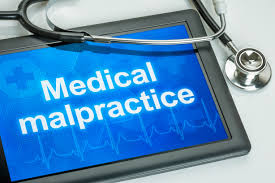 CHICAGO, IL – Medical malpractice occurs when a patient is harmed by a medical professional, or doctor, who fails to competently perform his/her medical duties. State rules about medical malpractice differ in terms of how long you have to bring forth your lawsuit to notifying your doctor of a lawsuit; however, there are some general requirements to file a malpractice claim.

To prove that medical malpractice occurred, you must be able to prove the following:

The statute of limitations is a strict amount of time you have to get your case started in the state’s civil court system; however, this differs from state to state. Illinois has a statute of limitations that directly applies to medical malpractice cases. That law requires the lawsuits to be filed within two years of the date in which the plaintiff knew, or should’ve known, about the injury that was caused by the healthcare professional’s malpractice.

In the event that this is not discovered right away, the Illinois medical malpractice statute of limitations goes on to set a larger deadline in which a malpractice claim can be brought more than four years after the date the medical error occurred. You can learn more about this here.

If the plaintiff is under the age of 18, there is a specific filing deadline for a lawsuit filed on behalf of them. These cases must be filed within eight years of the date on which the malpractice occurred, but in no event can the case be brought beyond the person’s twenty-second birthday.

Medical malpractice law is highly complex that differs from state to state, so it’s important to get advice or representation by a lawyer.

The medical malpractice attorneys at the Dinizulu Law Group are highly experienced and have the resources to properly handle your medical malpractice claim. If you have been harmed or suffered an injury due to your healthcare providers negligence, please contact our office at (312) 384-1920 for a free consultation.