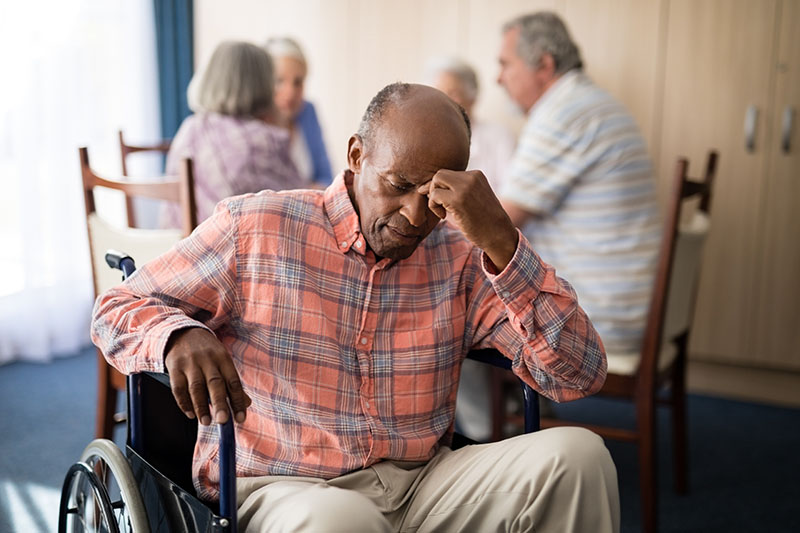 CHICAGO, IL – Nursing home facilities are now being investigated nationwide after an extensive investigation on nursing home kitchen’s are in “horrible” condition, leaving residents endangered. You may hear horror stories of elder abuse and neglect in facilities such as bedsores, bed bugs, or over-medicating residents, but food handling remains a consistent and overlooked hazard.

A five month extensive study was conducted by FairWarning, a non-profit organization that focuses on the public’s health, consumer, and environmental issues. FairWarning’s investigation is based on inspection reports, federal data, and interviews with residents and caretakers showed that residents nationwide are at-risk for foodborne illnesses due to unsafe and unsanitary kitchens.

Foodborne illnesses are a threat to any age group; however, people over 65 are especially susceptible due to weaker immune systems, chronic diseases, immobility, and any age-related changes in their digestive system.  The most common incident’s that were not logged in any restaurant inspector’s notebook include: flies buzzing around food, cockroaches in the kitchen, moldy ice cream machines, debris stuck to food handling items, and mouse droppings across the top of the stove.

From 1998 to 2017, 230 foodborne illness outbreaks were reported by the Centers for Disease Control and Prevention. The outbreaks caused 54 deaths and 532 hospitalizations, and further sickening 7,648 people.

Not all cases were brought on by poor sanitation – some outbreaks were the result of contaminated food brought into facilities from the outside. Investigators reported that in one facility, the kitchen staff failed to check the sanitizer levels in the dishwasher and didn’t realize the injector was clogged. The facility’s administrator had no comment.

“There’s a huge under-reporting of food issues,” said Charlene Harrington, a nurse and professor at University of California, a researcher of nursing home quality.

In Illinois, all workers in a restaurant and non-restaurant food establishment is required to have a Food Handler’s Safety Card, a certification that shows you know how to prepare, store or serve food, handle food equipment and utensils, or food-contact surfaces. All employees are required to obtain their Food Handler’s Card within the first 30 days of hire.

Food handling is the third most frequently cited violation in America’s estimated 15,700 nursing homes, behind infection control and accidents, according to the Centers for Medicare & Medicaid Services. These figures do not include assisted living, who create their own standards and have nearly no data collection nationwide.

A CDC spokesperson stated that the agency relies on voluntary reporting of foodborne illness from state, local, and territorial health departments, some of which have limited to no resources or training. Many illnesses go under-reported due to sick individuals not seeking medical care or a diagnosis.

In July, the Trump Administration proposed lower qualifications for directors of food and nutrition services, weakening the standards of an already broken system.

Many of the same nursing homes are breaking standards of food repeatedly by skimping on resident’s dietary needs to increase profit. Since January 2016, nearly a third of nursing homes that were cited two or more times had the same food safety violation, according to the FairWarning report.

The report claims one Arkansas facility was written up seven times in the last three years, including “unsealed foods in storage, grimy kitchen appliances and staff with unwashed hands touching residents’ food,” inspection reports show. When the nursing home was cited the sixth time in July 2018, a government inspector asked the nursing director if she would eat the food that was being prepared in the facilities kitchen.

“No,” the nurse responded, according to the report.

Assisted living facilities lack federal oversight, which food safety experts stated it could be a much worse living situation for residents. Audrey Kelly of Los Angeles said she quickly moved her 98-year-old mother out of a six-person assisted living facility this year after finding cockroaches in the kitchen.

Her mother, Sally, uses a wheelchair after suffering from multiple strokes, became ill after her stay at Toluca Lake Manor Senior Assisted Living in Sherman Oaks, California. She was suffering from stomach cramps and diarrhea.

In another assisted living facility, a Georgia woman who pays thousands of dollars a month, stated she has experience several food- related illnesses that confined her to her bed. She mentions the moldy cheese and lettuce that was being served at the salad bar.

Within the coming weeks, we are sure to hear more information regarding food safety and standards in nursing homes and more people will speak out on their experience now that light is being shed on this. It’s important to contact an experienced nursing home abuse and neglect attorney as soon as possible rather than wait to see what the facility will do to change the problem – if they ever do.

Our attorney’s work diligently towards getting your loved one out of harm’s way and getting the justice they deserve. Due to the statue of limitations, we will need to begin to work on your case right away due to the time sensitive manner.