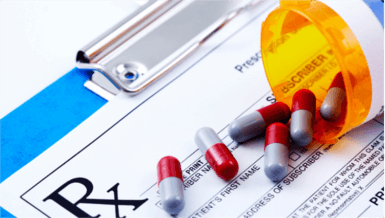 CHICAGO, IL – Medication errors are one of the most prevalent problems in the healthcare industry. Experts estimate that more than 7 million Americans experience a medication error each year. In the study, it stated mistakes have cost more than $21 billion – which are all preventable. Some individuals are able to handle the unintentional consequences of improper medication administration, but for seniors and young children, this can be life threatening.

Medication errors are particularly found in nursing homes due to under-staffing. Many say that errors are common and not life-threatening; however, there are errors that are likely to be under-reported which the medical coding system makes easy to cover up error-related deaths. The Centers for Disease Control and Prevention (CDC) argues medication errors are the third most common cause of death among nursing home patients.

So what does this say about nursing homes? Extensive investigations have taken place and research has shown as many as 95 percent of nursing homes in the United States are understaffed, causing neglect to most patients. Nursing home staff is expected to work longer hours and care for double, or even triple, the amount of residents they are normally expected to care for.

The Nursing Home Law Center requires skilled nursing facilities to keep errors within a 5 percent margin. Although this margin is broadly defined, it includes errors such as not mixing medication as directed, giving medications at improper times, or not dosing the last small portion of medication.

Errors within this 5 percent margin do not impact licensing because these types of administration errors are likely to be made at home when self-administering, as well. More serious errors can lead to tremor, coma, or even death – resulting in legal action against nursing facilities.

Nursing homes must begin to increase staffing levels exponentially and invest in better prevention practices to help prevent nursing home abuse. Nursing facilities are chronically understaffed due to the notorious low-paid and poor management resulting in high turnover rates. High turnover rates cause staff to be unfamiliar with patients needs and care regiments, and are more likely to make mistakes.

Nursing homes need to implement a medication reconciliation program that evaluates a complete list of medications used by each patient. These programs are critical as many patients will not be able to independently which is used to verify their course of treatment.

Finally, nursing homes need to minimize high-risk behaviors, such as disposing of discontinued medications or medications from discharged patients, improperly transporting medications, or administering medications without a full review of the label directions.

As a society, we must come together to protect nursing home residents who are some of the most vulnerable members of our society. They deserve to be treated fairly and just with careful and appropriate treatment. This is critical on management as they will need to be client-focused and to implement changes immediately by taking responsibilities more serious.

For one family, their loss of a loved one was tragic and very much preventable. A recently widowed 71-year-old female was hospitalized for uncontrolled hypertension and acute kidney injury. Her past medical history was significant for coronary heart disease with hypertension, persevered ejection fraction, and type 2 diabetes. The patient had a history of being a cigarette smoker and was under significant stress due to the death of her husband.

Over the course of 3 months, she experienced worsening fatigue, personality changes, became lethargic, and slower movements – all of which was noted in medical records. Her blood pressure was no longer controlled, and she was re-hospitalized for chest pain and underwent angioplasty. When admitted to the hospital, she saw multiple specialists and ancillary staff. As an outpatient, she was seen by her family physician twice. After several weeks had passed, she was eventually diagnosed with anxiety and depression, and prescribed citalopram and alprazolam.

The patient then entered the emergency room for a third time after a fall. She demonstrated several side effects of the multiple medications she was prescribed to take. Lab work was conducted and was noted for elevated creatinine and a CT of the head and brain revealed no acute abnormalities. Admission medication reconciliation (MED REC) revealed she was taking metoprolol, doxazosin, alprazolam, citalopram, and thiothixene (Navane) 10 mg twice daily.

Upon review of her pill bottles, it was found that her outpatient pharmacy accidentally dispensed Navane, an anti-psychotic, instead of Norvasc, and she took this medication religiously for 3 months. A diagnosis of thiothixene-related drug-induced Parkinsonism was made.

Errors were made at a multitude of care levels, including prescribing, initial pharmacy dispensation hospitalization, and subsequent outpatient follow-up. Adverse drug events account for more than 3.5 million physician office visits and nearly 1 million emergency department visits per year that affects patients, providers, and the economy.

Despite the countless opportunities for intervention, multiple health care providers overlooked her symptoms. Our population is continually growing with a longer life-expectancy, the frequent occurrence of medication errors and polypharamacy will likely increase. Efforts must be made to improve overall physician communication and transition of care to decrease preventable errors.

It’s important to reach out to an experienced nursing home abuse attorney immediately to begin reviewing the facts of your case. In the case discussed, the woman is entitled to legal action against the hospital, providers, and specific staff members who neglected her, among others. Due to the statue of limitations, an attorney must begin to work on your case immediately.

Do not wait to hear what the facility is going to do going forward to address this issue – contact an attorney right away. The attorney’s at Dinizulu Law Group specialize in nursing home abuse and neglect and use their experience with a dynamic and honest approach so appropriate parties are held accountable for the abuse your loved one has endured. Please call our office to schedule a free consultation. For additional information, please visit our website.