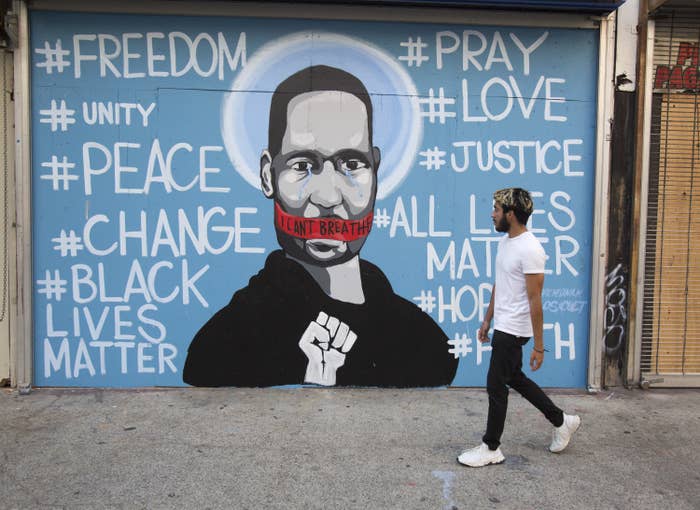 CHICAGO, IL – George Floyd died tragically before the world’s eyes last Monday when a video went viral of four Minneapolis police officers handcuffed him and Derek Chauvin kneeled on Floyd’s neck while two other officers held him down. In the video, you can hear Floyd repeatedly tell officers, “Please, please, please, I can’t breathe,” that sparked condemnation, protests, and a national outcry.

All four officers were terminated and are under investigation by the F.B.I. Derek Chauvin was charged on Friday with third-degree murder and second-degree manslaughter. Minnesota’s attorney general Keith Ellison said the four officers involved will be charged to the “highest level of accountability” (New York Post).

Floyd’s family conducted their own private autopsy through independent pathologists, as well as the county medical examiner – both of which state he died by homicide; however, the two autopsy reports differed on how exactly Floyd died. Dr. Allecia Wilson, one of the pathologists that conducted the independent autopsy, said that Floyd died as a result of mechanical asphyxiation. The report by the Hennepin County Medical Examiner’s office stated Floyd died of “cardiopulmonary arrest complicating law enforcement subdual, restraint, and neck compression. The manner of death was ruled as a homicide, but the medical examiner’s review “revealed no physical findings that support a diagnosis of traumatic asphyxia or strangulation.”

This has raised many questions from the public – why have the other officers who were involved not charged? Will they be charged with murder? The private autopsy shows Floyd was killed on the scene and died in front of our eyes due to the pressure of Chauvin kneeling into his neck and from the two officers holding him down, pressing him lungs into the pavement, which interfered with blood flow to his heart and brain.

The Hennepin County medical examiner’s office said Floyd experienced cardiopulmonary arrest while being restrained by the officers. The county autopsy said Floyd had other significant conditions including “arteriosclerotic and hypertensive heart disease; fentanyl intoxication; and recent methamphetamine use.” The office had not previously released their findings pending toxicology reports.

Dr. Michael Baden, a pathologist of the independent autopsy, stated further testing wouldn’t reveal evidence of compressive pressure on Floyd’s neck, back, and legs since the pressure would have been released when it was no longer applied. He mentioned that large areas of scraped and abrasions on Floyd’s face indicated the force was used to press him into the ground.

Benjamin Crump, a civil rights lawyer representing the Floyd family, said, “What those officers did, as we have seen on the video, is his cause of death – not some underlying, unknown health condition. George Floyd was a healthy young man. The ambulance was his hearse.”