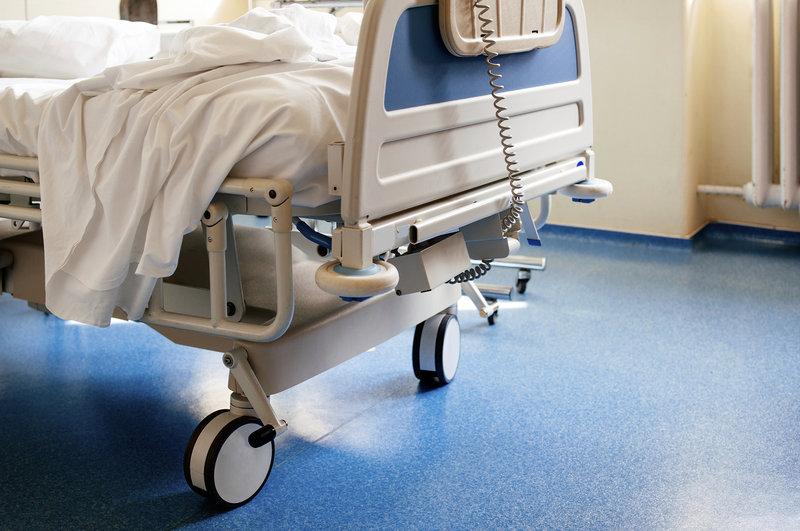 Nursing homes in Illinois and all across the U.S. are required to meet certain state and federal standards that stipulate the type of environment a home is expected to provide its residents with. Not only must the facility be kept clean and tidy, but it should also be sanitary so viruses and diseases have nothing to feed off of and bed bugs and other insects don’t have an environment that is conducive for them to survive in. Unfortunately, there are facilities that aren’t being maintained which results in the home becoming hazardous and unhealthy for the residents who are living there.

After Laquna Ross went to visit her father Joel Marrable at the Eagle’s Nest Community Living Center, which is a nursing home for veterans located on the Atlanta VA Medical Center campus, she noticed something rather concerning. Her father, who was an Air Force veteran, had swollen hands and his body had red bumps all over it, says ABC News. Obviously, Ross was alarmed to see her father like this as it wasn’t how he looked the last time she had seen him.

When Ross reported her father’s condition to a staff member, their response was “You know, the ants. When we walked in here, we thought Mr. Marrable was dead. We thought he wasn’t even alive because the ants were all over him.” After hearing this, Ross couldn’t help but wonder what the protocol was inside these types of facilities to manage these situations.

Sadly, Ross’ father died days after he had been bitten up by ants.

While Ross knew her father was going to die as he had been suffering from cancer, perhaps the ant bites “promoted his body to die quicker.” She told the news source that after she had informed the staff about her father, they bathed him and cleaned his room. But that wasn’t enough to get rid of them. The ants returned the next day and that is when the staff decided to move him into a new room which is where he later died.

Ross shared with the news outlet that her father’s room had ants everywhere. They were on the ceiling, the walls, and the beds. After the Atlanta VA Hospital got word of the incident, a spokesperson for the facility released a statement saying they had taken action to address the issue by “stripping all the bedrooms and inspecting them for ants, removing all open food containers, hiring a pest control company to do an inspection, and purchasing plastic containers for the residents’ snacks.”

Although the facility did proceed to take preventive measures to reduce the chances of this happening again, you can’t help but wonder why these measures weren’t taken once the staff saw Marrable crawling with ants. It wasn’t until his daughter notified the staff that something was actually done. It is for this reason that the Chicago, IL nursing home abuse attorneys here at Dinizulu Law Group, Ltd. encourage you to visit your loved one regularly and report any signs of odd behavior, markings on your loved one, or anything out of the ordinary so that is can be properly addressed. If you find that the staff is not handling the issue accordingly, you should then contact our office immediately at 1-312-384-1920.

As unwholesome as it sounds, insect infestation has proven to be a serious issue for residents living in nursing homes which is why we encourage you to look for the following signs that might indicate there are insects such as bed bugs living in the nursing home your loved one currently resides in.

Bed bugs generally hide during the day which makes them difficult to spot, according to Orkin so be sure to keep your eye out for the tiny, rust-colored stains they tend to leave behind. You will want to look in the following places for these spots:

Some other insects aside from bed bugs that tend to lurk in nursing homes include scabies and the only way to tell if your loved one is living in a place that fosters an environment for these bugs to survive in is to remain vigilant during each of your visits. For example, you should inspect your loved one each time you go to seem them to be sure they don’t have any raised bumps, bites, rashes, blisters, pimples, etc. and if you notice anything that could potentially be a bug bite, report it to the staff immediately.

The Chicago, IL nursing home my loved one lives in is unsanitary and dirty. What can I do?

For starters, you might want to notify the staff of the conditions you are witnessing and consider looking for a new home for your relative to live in. You can also contact one of our Chicago, IL nursing home abuse attorneys to learn more about what your family member’s legal rights are when they are forced to live in unhealthy or hazardous conditions.