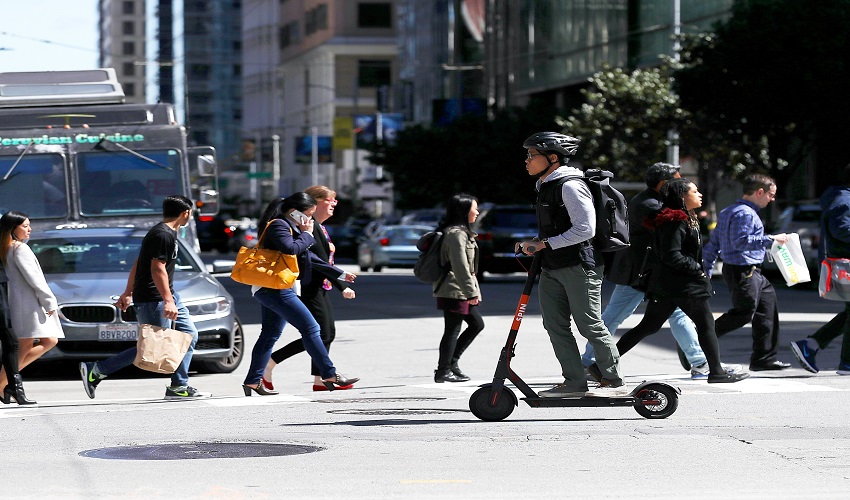 CHICAGO, IL – Over the weekend, the city of Chicago launched a pilot program of electronic scooters to see if they serve as a viable means of transportation for Chicago residents. More than 2,500 scooters through 10 different companies – including Bird, Bolt, Lyft, and Spin – are part of the program. The four month pilot program launched on Saturday the south west side.

Electric scooters push scooters with electric motors, allowing riders to stand upright while controlling the speed using a throttle and brakes. Rather than paying for an Uber or Lyft, the electric scooter could provide a new way for commuters to get to and from work, among various different locations.

Overseeing the program is the Department of Business Affairs and Consumer Protection and the Chicago Department of Transportation. They hope to keep e-scooters out of the Loop and away from traffic. Just as the city has biking lines, scooter rides are suppose to ride in these lanes, as well.

On the first day of the pilot program, 10 companies reported surpassing 1,200 rides.

Areas the e-scooter perimeter is between Irving Park Road on the north, city limits and Harlem on the west, the Chicago River and Halsted Street on the east, and the river on the south.

If a rider tries to bring the scooter downtown, it will actually slow down and eventually shut down according to co-founder of VeoRide, Candice Xie.

The rider is required to provide a photo of the scooter properly parked before ending their fare.

The trial run continues now through October 15. The city of Chicago will then asses feedback before making a decision whether this option would be good for residents of Chicago.