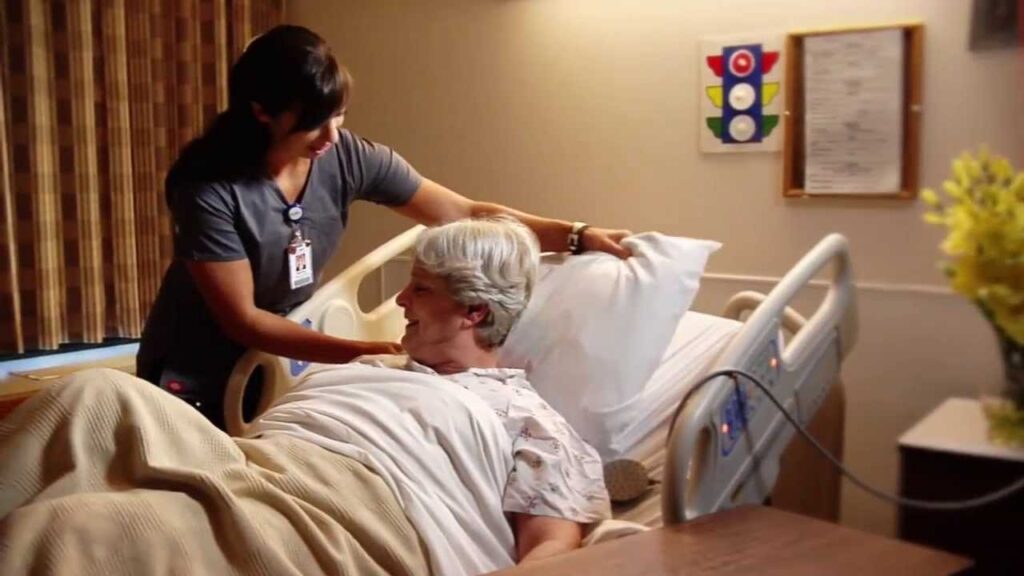 In Illinois counties that have been hit hardest by the virus, for-profit nursing homes have nearly double the deaths per bed compared to nonprofit facilities.

Last January, Elizabeth Stout was trying to find a place for her brother, John Krok.

Krok, 62, had been struggling with a brain tumor for nearly two years after suffering from a seizure at Jewel supermarket where he worked as a cashier. Krok has undergone numerous medical procedures, hospital trips, and rehab-center stays but ultimately ended up back in the hospital.

Stout recalled only having a few days to get her brother out of the hospital and into a nursing home.

She printed out federal ratings of nursing homes near her brother’s house on Chicago’s Northwest Side. She saw two facilities with high ratings for a sufficient amount of staff to care for residents – both of which were owned by nonprofit organizations. After touring the facilities, she tried to get her brother admitted.

He was rejected from both because Krok was reliant on Medicaid, a government funding program that pays for long-term care for those who cannot afford it.

Stout had no knowledge and no way of knowing that Fairmont’s main proprietor was among the state’s least effective nursing home owners at protecting residents from COVID-19.

Krok was transferred from a hospital to Fairmont Care on January 27. He was placed with a roommate who had a hacking cough that later tested positive for COVID-19.

Soon after, Krok developed pneumonia in both lungs. Fairmont sent him to the hospital where he tested positive for the virus.

When Krok caught COVID-19, the virus had just begun to take hold of the Chicago area and other parts of Illinois spreading rapidly in nursing homes. Nearly a year later, and the virus is continuing to spread at high speeds. Nursing home residents now account for 8,297 deaths in Illinois.

Advocates for nursing home residents and staff members say Illinois should focus more on holding owners accountable for packing elderly and frail people into poorly staffed facilities where the virus can quickly spread.

Fairmont Care, the facility that took in John Krok, has some of the worst COVID-19 numbers among nursing homes in Illinois. In January 2020, it average 152 occupied beds. By November, state public-health regulators had recorded 155 infections and 32 deaths tied to the facility. Fairmont had more COVID-19 deaths per occupied bed than 95 percent of the state’s 758 long-term care facilities.

Elizabeth Stout, Krok’s sister, was not concerned about the care her brother was received at Fairmont. She praised a social worker, physical therapist, and nurse practitioner for going above and beyond to facilitate a Zoom call for Krok’s birthday with family members.

What concerned Stout was the staffing levels for day-to-day care that residents required.

“I don’t believe during his entire stay that he was walked to the bathroom,” she said. “It was either a bedpan or bedside commode.”

When COVID-19 swept through Illinois nursing homes, many Fairmont staff members got sick. The facility’s management said it directed others to work double shifts and brought in temporary nurses from staffing agencies.

Stout said eventually staff members stopped moving her brother from the bed – even for meals. She also had a hard time reaching any Fairmont managers.

The federal government rated Fairmont’s staffing levels as average or below average compared to nursing homes nationwide during the four quarters prior to the pandemic.

Fairmont staff members admitted to Stout that they were overstretched, mentioning they would arrive in her brothers room to take vitals or put a meal tray down before they had to rush to care for the next resident.

When Fairmont sent Krok back to the hospital with pneumonia, he arrived without medical charts. She found this out when the hospital called her to see whether his symptoms were from a stroke. Without his charts from Fairmont, the hospital lacked the most basic information about his condition, including that he had a brain tumor.

Krok begged the hospital not to be returned to Fairmont, but he eventually was.

The Centers for Disease Control and Prevention (CDC) and the National Healthcare Safety Network (NHSN) has a module on their website that provides healthcare facilities, such as long-term care facilities, with a customized system to track infections and prevention process measures in a systematic way.

It’s important to research nursing homes before deciding which is the best to place your loved one in. Medicare offers a tool that allows you to compare nursing home quality by the following criteria:

If you believe your loved one is being abused or neglected by their nursing home facility, please contact an experienced attorney at the Dinizulu Law Group for a free consultation today at (312) 384-1920. You can visit our website for additional information.