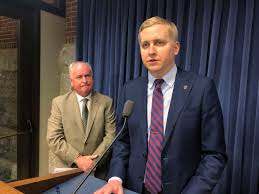 CHICAGO, IL – The Illinois Department of Public Health has hired a former U.S. Attorney to review the department’s failure to investigate complaints of nursing home abuse and neglect in long-term care facilities for more than three months over the course of the pandemic.

Last month, Deputy State Long-Term Care Ombudsman Chuck Miller said he and others could not properly advocate for residents they represent due to COVID-19 restrictions. “I’ll just say our program has had difficulties because we’re not regulators,” he said.

The department said that for more than 15 weeks during the COVID-19 shutdown, the Bureau of Long-Term Care was not properly processing or investigating claims.

Illinois law requires abuse and neglect complaints to be reviewed within certain time frames was not suspended. IDPH personnel did not complete reviews of allegations of abuse and neglect in a timely manner between March 15 and June 30.

According to the Washington Examiner, the department has more than 272 allegations of abuse and neglect from that period and substantiated the factual circumstances of 17 of those complaints.

To ensure findings are thorough and accurate, IDPH has hired former U.S. Attorney Cox to conduct a thorough review of the complaints that IDPH found to be unsubstantiated.