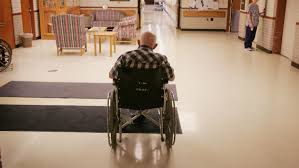 CHICAGO, IL – In March, the Department of Justice (DOJ) announced the creation of a specialized task force who would be investigating “grossly substandard care” in nursing homes across the United States with both criminal and civil penalties on the table for owners and operators. On March 3 when the DOJ made the announcement, approximately 30 facilities in nine states were under investigation.

On top of the DOJ initiative, the Office of Inspector General (OIG) is reviewing multiple facets of nursing home operations that include the following according to Skilled Nursing News:

According to Brian McGovern, a partner at Crowell & Moring mentioned this is “the perfect storm for a potential wave of lawsuits for targeting facilities with a record in infection control surveys.”

Whistleblowers can also bring lawsuits forward under the False Claims Act (FCA) and seek to recover damages afforded under the act. FCA cases relate to the conduct of private companies that work with Medicare, Medicaid, and other public health funding sources.

The future for FCA cases is that the DOJ has rarely based allegations of the FCA liability on quality of care since it’s a regulatory issue rather than a law enforcement issue.